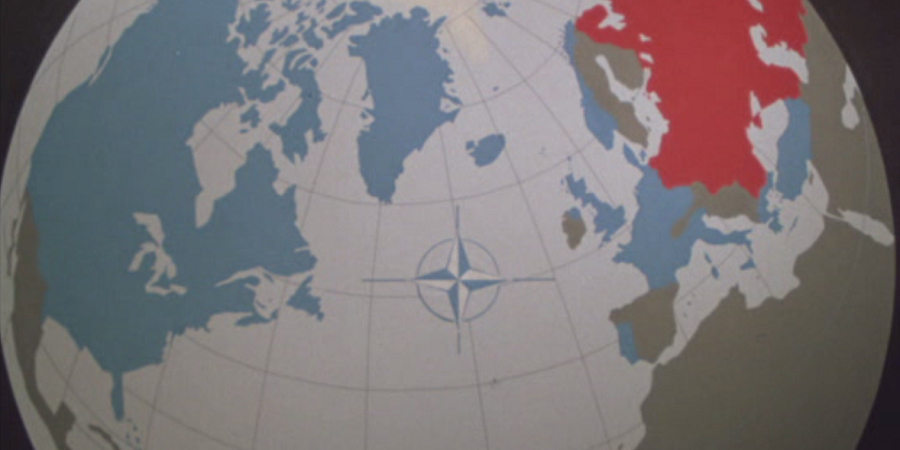 Over 2000 titles, including the signing of the North Atlantic Treaty on 4 April 1949 and colour footage of a divided Berlin, are now available for licensing.

Following an extensive digitisation project commissioned by NATO, over 2000 titles of official footage are now available for licensing via Imperial War Museums’ (IWM) Film Archive. This project is part of an exclusive global licensing distribution partnership between IWM and NATO.

To mark the 70th anniversary of the creation of NATO, the world’s strongest political-military alliance, on 4 April, IWM have uploaded highlights from the collection to IWM Film, a website designed for the needs of archive researchers.

The NATO film collection comprises approximately 350 hours of film material taken in the late 1940s through to the 1990s, including documentaries, newsreel, and record footage in both colour and black and white film.

The collection provides a unique insight into the Cold War era. Early films depict the rush to create economic, political and military stability in post-war Europe, whilst later films encourage international unity and concepts of shared peace and security. The NATO collection includes colour footage of a divided Berlin in the 1960s, Humphrey Jennings’ final film, as well as a documentary film about how the alliance operates and its development since being established in 1949.

“It is very timely this film collection is available at the moment of NATO’s 70th Anniversary, with so much reflection now taking place on the long history since the beginning of that transatlantic bond. The materials digitized by IWM represent some of the key moments in time, with some very rare footage, for telling the story of the Alliance to the world. NATO is grateful for the invaluable expertise from IWM to help the Alliance preserve this important collection and make it available for a new generation of storytellers to share NATO’s history.”

“The digitisation of this important collection was the result of a four-year effort by a dedicated team to sift, sort and catalogue the nearly 17,000 reels of film originally deposited with IWM by NATO. The work has not only resulted in the creation of high-quality 2K digital access files of the films, but also facilitated the storage of original film masters in suitable archival conditions for their long-term preservation.”

Nearly seventy years after President Harry Truman signed the North Atlantic Treaty, the leaders of NATO’s 29 countries will gather in London in December to mark the alliance’s anniversary.

IWM has managed a Film Archive from its very beginnings as an institution, and the film collection now covers all aspects of conflicts in which British, Commonwealth or former Empire countries have been involved since the start of the twentieth century. Our constantly growing collection now extends to over 24,000 hours of moving images, representing a wide and diverse range of material from public and service information films, documentaries and unedited combat film, through to official newsreels and amateur films.

IWM has a team of experienced film curators who offer assistance to commercial researchers and has recently upgraded its IWM Film website designed for the needs of commercial users, with digitised films from the collection available to view online. For assistance with research or information about access to the collection, contact us at: filmcommercial@iwm.org.uk

IWM (Imperial War Museums) tells the story of people who have lived, fought and died in conflicts involving Britain and the Commonwealth since the First World War.

Our unique collections, made up of the everyday and the exceptional, reveal stories of people, places, ideas and events. Using these, we tell vivid personal stories and create powerful physical experiences across our five museums that reflect the realities of war as both a destructive and creative force. We challenge people to look at conflict from different perspectives, enriching their understanding of the causes, course and consequences of war and its impact on people’s lives.