An Introduction to The Photo Collective 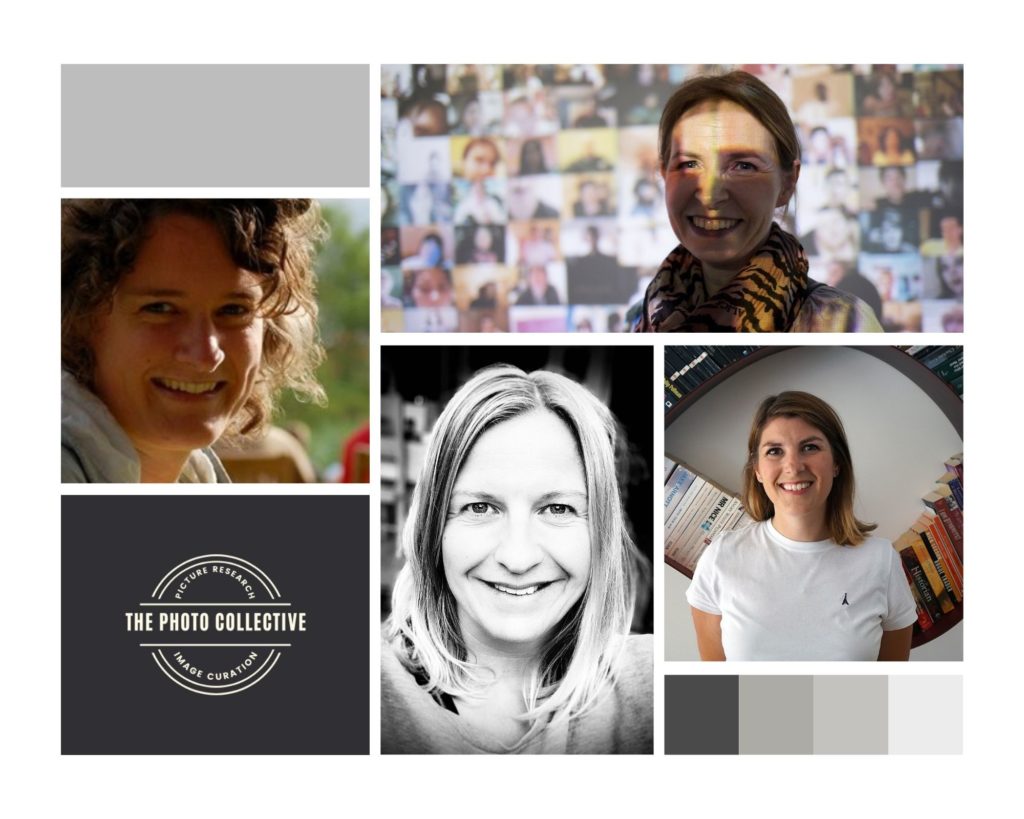 The Photo Collective is a group of four passionate, ambitious and dedicated picture researchers who have over 70 years of combined experience within the picture industry. We have come together to create a group called The Photo Collective so we can discuss, share, support and write articles to reach a wider audience to champion the essential skills and benefits a picture researcher can bring to all clients. In our work we can help advise, source, clear and commission photos and media, which has become a crucial task in our enormously expanding visual world.

Jane Smith has been a Picture Researcher for 27 years, freelancing for 11 years, providing picture/ media research and art direction for a range of clients such as publishers, large scale retailers and small independent businesses.

She studied Photographic Design at University of Plymouth and started as an intern at small picture agency before moving to Tony Stone Images (now Getty Images) as an International Picture Researcher.

Jane subsequently went on to be a Research Project Manager, sourcing creative visuals for art cards and poster ranges for Ikea and Habitat, before joining Camera Press as the Library Manager. Her final role before freelancing was Media Manager at Pearson Education, establishing and managing a Media Research team who sourced and commissioned creative media assets for educational use.

When Jane is not working, she loves to collect retro artefacts, shop, run and sell her own photographic images.

Ruth Smith has been a Picture Researcher for 21 years, freelancing for the last 8 years.

Ruth graduated from Bretton Hall with a degree in Theatre Design and Technology. After that she worked a summer at the Edinburgh Fringe Festival, designed a show at the Pegasus Theatre in Oxford then travelled the world, photographing everything along the way.

Her first job was at Oxford Scientific Films where she discovered a love of the natural world.

When she is not at her desk she is usually on the sidelines watching her boys play football, enjoying the great outdoors and trying to be a runner!

Erica Martin has been a Picture Researcher for 17 years and currently combines a part time role in a museum picture library with freelance picture research.

Graduating from Manchester Metropolitan with a History of Art, Design and Graphic Media degree, she always knew she wanted to be a Picture Researcher and started out working on children’s library books; picture researching, directing photo shoots and commissioning illustrations.

Moving to an academic publisher for 10 years she developed her knowledge of artists’ copyright, specialising in fine art, military history and social history. She worked closely with designers on book cover design before moving into freelance where she has been fortunate to have worked with major publishers, heritage charities and museums.

She is happiest when looking through an archive of historical photographs or discovering a botanical garden – if she’s not coaching netball!

Sophie Basilevitch has been working as a Picture Researcher for both image libraries and image buyers since 2007.

After graduating with a BSc in Anthropology from Goldsmiths, University of London and an MA in Museum Studies from University College London she found her niche in researching images and clearing copyright for subjects that include design history, world cultures and art from all eras.

She has experience in researching and curating global travel and lifestyle images, having worked extensively for a range of commercial clients from book publishers to advertising agencies. Her passion lies in finding images to help others make appealing creative content to inspire and engage people.

Sophie is also an artist and printmaker and works from her home studio creating images inspired by stories about the natural world.