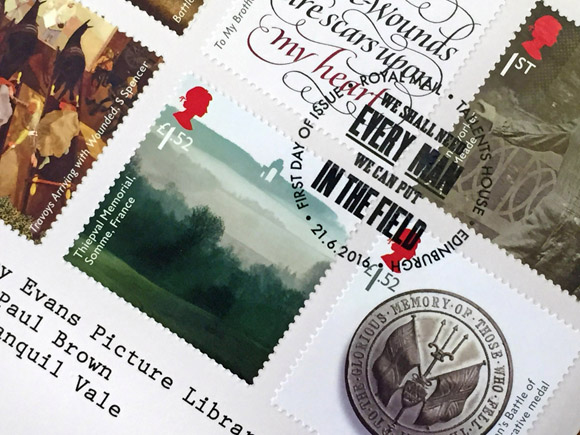 Mary Evans Picture Library is delighted that an image of the Thiepval Memorial in the Somme area of France by their photographer Mike St. Maur Sheil has been chosen by the Royal Mail to be included in the latest of their commemorative series of stamps entitled “The Great War 1916”.

Mike’s image of the Memorial was taken from the site of Brock’s Benefit Trench east of Mesnil. The Memorial to the Missing was designed by Sir Edwin Lutyens (1869-1944) and is the largest war memorial to the British who died in the Great War, standing  almost 50m high.

This is very timely as Mike St. Maur Sheil’s exhibition “Fields of Battle, Lands of Peace – Somme 100” is currently on display outside the Guildhall in London and he has just released a stunning new book of the same title, showcasing the images from the exhibition and many more.