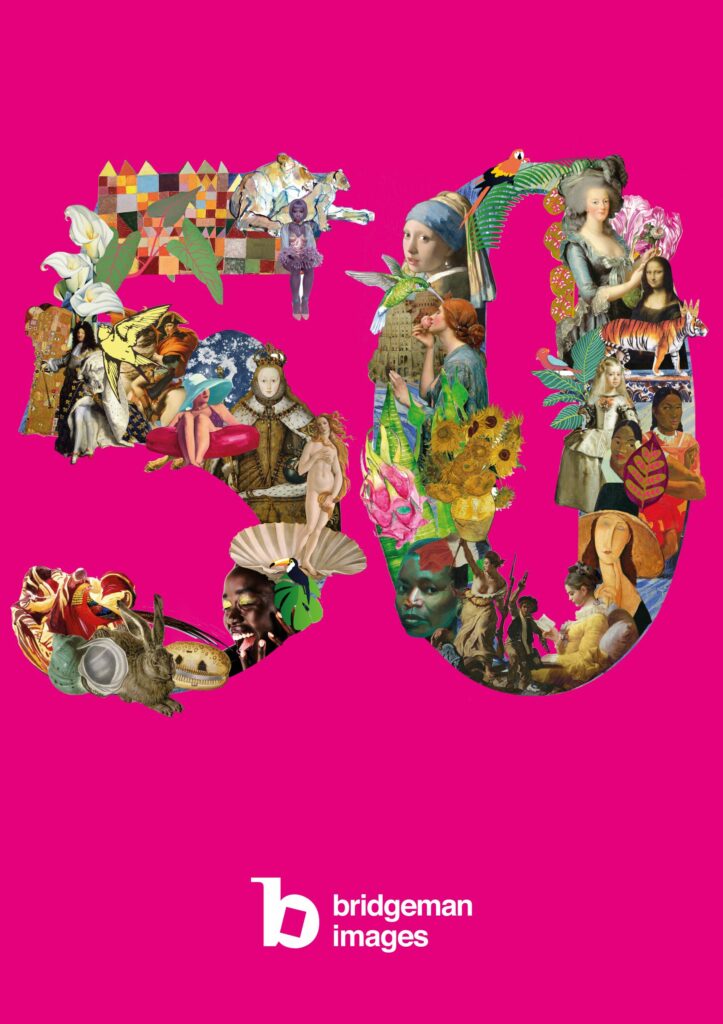 In June 2022 Bridgeman Images turns 50. We celebrate a creative community that is half a century old and includes artists, museums, collections and the best clients worldwide!

Prior to 1972 some of the greatest artworks were hidden from the public. Even if the original were exhibited in a gallery or museum, a visitor would struggle to find a postcard or print in the shop, a publisher would have difficulty reproducing the image, and academics would’ve found referencing it a challenge. Bridgeman Images transformed this. By creating an explosion of newly available images for reproduction, photographed and digitised to the highest quality, Bridgeman Images made art easily accessible to the masses on a global scale.

Artistic and digital pioneer Harriet Bridgeman founded the company in May 1972, and since then Bridgeman Images has unlocked the treasures of the greatest collections in the world. By making artworks available for reproduction, Bridgeman Images has given a lifeline to museums, institutions and private collections, with the funds generated from posters, postcards and prints dedicated to conservation, restoration, exhibitions and acquisitions.

Now, Bridgeman Images has grown an unparalleled database, offering clients online access to over 4 million images of artworks held by the world’s top museums, galleries and private collections in over 8,000 locations. Despite being a global company with offices in London, New York, Paris, Berlin and Bologna, Bridgeman Images provides an intimate and personal service, powered by their staff’s incomparable knowledge and expert copyright advice.

Whether you’re looking for an image of the Last Supper or a work by Picasso, a cartouche from Tutankhamun’s tomb or an installation by Marina Abramovic, Bridgeman Images can track it down and provide numerous options. Bridgeman Images also represents over 1,000 artists and estates including the Lucian Freud archive, the Stanley Spencer and Grandma Moses estates, the Brett Weston archive and artists such as Maggi Hambling and Gavin Turk.

With entrusted collections including those at The British Library, The Royal Collection, The National Galleries of Scotland and Wales, The MFA Boston, Christie’s, SFMOMA and the national galleries of Australia, Sweden and South Africa, Bridgeman Images has been a crucial platform in helping galleries and museums survive through cuts to the art world and the pandemic. Bridgeman Images is also proud to represent Ukraine’s Lviv National Art Gallery and The Odessa Fine Arts Museum. 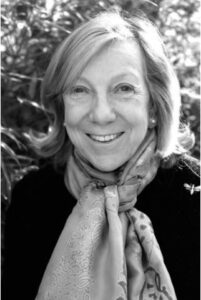 Whilst working as a journalist and editor of numerous art publications including The Masters and Discovering Antiques, Harriet Bridgeman discovered the need for easier access to illustrations of works of art. She founded Bridgeman Images in 1972 and has since then been awarded the European Women of Achievement in the Arts (1997), International Business Woman of the year (2005) and a lifetime award by the British Association of Picture Libraries in recognition of her contribution to the industry. She sits on the British Copyright Council, the Council of the Artists’ General Benevolent Institution and is a Director of the Catalogue Raissone Association. In 2006 she founded the Artists Collecting Society to collect the royalties payable to UK artists for their works sold on the secondary market. In 2014 she was appointed Companion to the Order of the British Empire (CBE) for her services to the arts.

Bridgeman Images has changed the face of the art world for fifty years.