Exciting News From Reelin’ In The Years 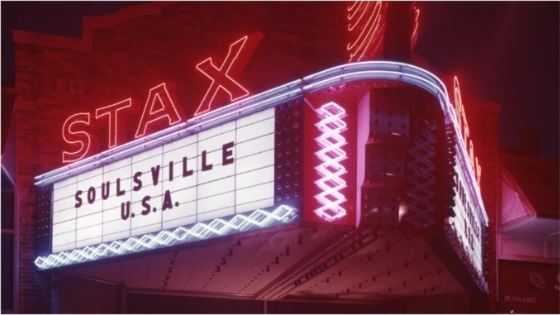 REELIN’ IN THE YEARS PRESIDENT DAVID PECK SPEAKS ABOUT HIS NEXT PROJECT: TO CO-EXEC PRODUCE NEW STAX DOCUMENTARY

As many of you know, back in 2020 I was one of the Executive Producers on The Bee Gees Doc, How Can You Mend A Broken Heart. It was one of the greatest honors of my career thus far. I got to work with the amazing team at White Horse Pictures to help make that powerful documentary on the group. As if that wasn’t cool enough, today It was officially announced (see press release below) that yours truly is now one of the Co-Executive producers on the upcoming multi-part series on Stax Records. I’ve been sitting on this news for quite a few years so it’s such a joy to be able to talk about this incredible project.

Stax records is very near and dear to my heart because the music that was cut in that Memphis studio from the late 1950s until it shut its doors in 1975 flows through my veins. Back in 2007, I directed a documentary on Otis Redding (Dreams To Remember) as well as producing the DVD release of The Stax Volt Revue Live In Norway. So now, 15 years later to be deeply involved in such an amazing and monumental project, is really incredible. Like with the Bee Gees project, my main role will be to suggest footage that works best in the film & look for historical accuracy in the storyline, a job that I enjoy every single moment of. Of course, like with all of the projects I’m involved with we will also be potentially licensing footage from our vast archive which benefits my company, Reelin’ In The Years Productions and my various clients around the globe.

I’m excited to continue my relationship with Nigel Sinclair, Nicholas Ferrall, Jeanne Elfant Festa and Cassidy Hartmann of White Horse Pictures, who have directed and produced such amazing films and I’m honored that they brought me into their world. There are more projects that I will be working with them on in various roles but just like this Stax Project I will be sitting on those until such time they make them public.

One of the great aspects to being involved in a project at this level is that I get to meet and work with such talented individuals such as Sophia Dilley and Michele Smith for Concord Originals who I first met in their office back in November 2019 at the very early stages of this project. Early on, the director of this film, Jamila Wignot, Producer Caroline Waterlow and series producer Kara Elverson had numerous phone calls so I could walk them through the landscape of what types of footage would (or would not exist) so that Jamila could craft her story knowing that critical information up front. There are many others involved in this project that I have not had direct conversations with such as director Ezra Edelman and executive producer Scott Pascucci but I’m sure as the project continues I will have the pleasure of speaking with them as well.

At my first meeting at Concord with Nigel, Nicholas, Michelle & Sophia to discuss this project, I told them that there’s nobody better to have involved in this project than Rob Bowman, who as author of Soulsville U.S.A.: The Story of Stax Records is the definitive source on this subject. He is the first person to thoroughly research Stax Records and his book is the definitive word. When Rob was writing his book he recorded over 200 hours of interviews with the artists and the people who made Stax records such an important label and sadly many of them are no longer with us. Rob was very protective of the interviews and had never let anyone hear them but because of my longstanding friendship and how great this team is he allowed the production to have full access to these historical documents.  Rob’s role as consultant with is unparalleled knowledge and his recordings make him such a valuable asset to this film.

Again it truly is an amazing honor to be involved in this project and I can’t wait for all of you to see it.