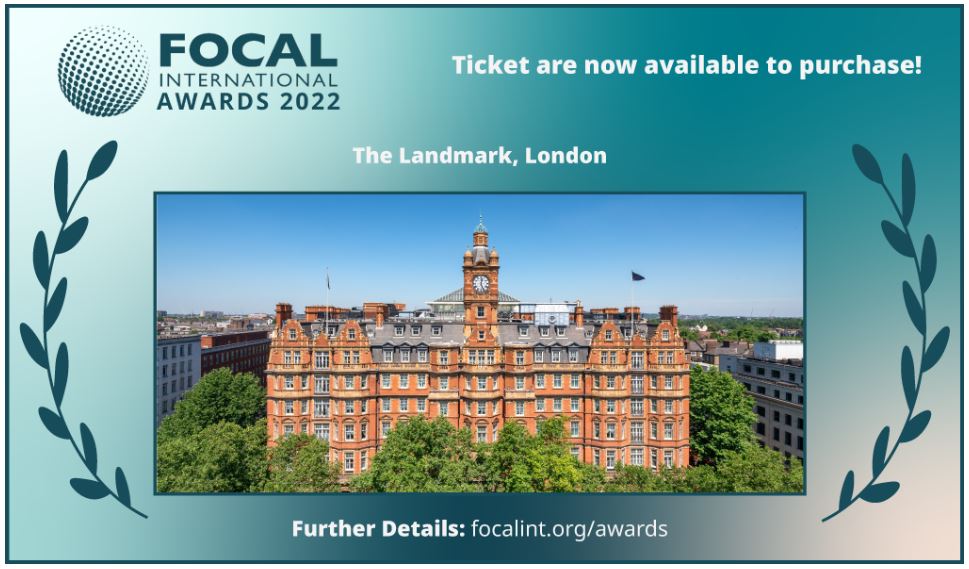 FOCAL are delighted to announce Early Bird tickets to attend the 19th FOCAL International Awards 2022 are now available to purchase.

After two years of virtual Awards Ceremonies, the Awards will be hosted in Central London at The Landmark Hotel. This is an opportunity not only to celebrate and honour the exceptional work of the audio-visual industry but a chance to meet and network with friends and colleagues.

Full details and ticket prices are available on the FOCAL website.

Sally Phillips has appeared in some of the most popular and influential comedies of recent years. From the mischievous Travel Tavern receptionist of I’m Alan Partridge to a generally well-meaning friend in Miranda and all three Bridget Jones films. She is also the co-star and co-writer of the sketch show Smack the Pony to a Finnish former PM and UN Special Envoy in HBO’s award-winning Veep.