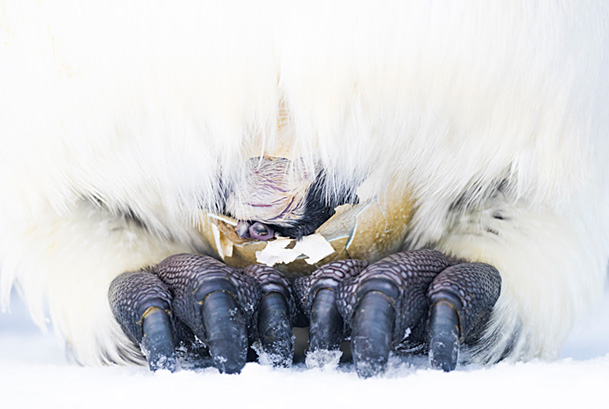 Nature Picture Library are pleased to congratulate Stefan Christmann on winning the coveted Portfolio prize in the prestigious Wildlife Photographer of the Year competition 2019, with his set of 6 images of emperor penguins.

When Stefan got the chance to overwinter in Antarctica as a scientist, he also wanted to document the nearby emperor penguin colony.

His spectacular images were later discovered by the BBC Natural History Unit, who recruited him to be a part of an three person Antarctic film crew in 2017.

Over the course of a year on the icy continent, through howling winds and temperatures that often dropped below -45°C, Christmann remained dedicated to his mission.

Photographers almost never stay in Antarctica for an entire year, which gave him the opportunity to produce an unparalleled body of work on a very tough bird – and one of the most gripping survival stories on Earth.

Stefan’s hard-earned images have also been recognised by winning the Birds Category in the 2019 GDT Nature Photographer of the Year competition, and the Polar Passion Prize in the 2019 Windland Smith Rice Awards.