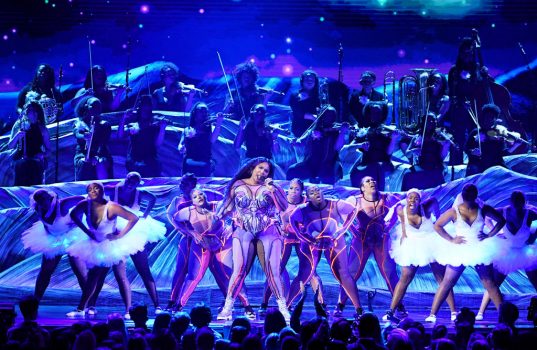 Getty Images, a world leader in visual communications, will once again serve as the official photographer for the 63rd Annual GRAMMY Awards®, tasked by the Recording Academy with capturing one of the world’s most iconic awards ceremonies and music’s only peer-recognized accolade.

As the official photographer of the show on March 14, Getty Images’ award-winning entertainment photographers will deliver high-quality content from all aspects of the show. Leveraging the talents and expertise of Getty Images industry-leading production team, as well as an unparalleled distribution reach, Getty Images will quickly and efficiently supply imagery and video content to over one million customers around the globe, all to be distributed exclusively through gettyimages.com.

In addition to covering the GRAMMY Awards®, Getty Images will continue to cover all major events hosted by the Recording Academy throughout 2021, including the Latin GRAMMY Awards® and MusiCares® and GRAMMY Museum® events.

“Each year, the GRAMMY Awards® brings together the very best talent in music from around the globe for an unparalleled evening, and our editorial team is there to capture it all – intent on producing the sort of unrivaled, compelling and differentiating content that we’ve come to be known for,” said Getty Images Vice President of Global Entertainment Kirstin Benson. “Getty Images is proud to partner with the Recording Academy once again to highlight the fantastic work they do within the industry, as well as their continued support of musicians.”

For over 25 years, Getty Images’ team of content creators have worked tirelessly to create award-winning imagery that allows customers to set themselves apart from their competition, while including a diverse set of experiences and perspectives throughout the content creation process. In addition to the longstanding partnership with the Recording Academy for over a decade, Getty Images content creators are at every major entertainment event globally, from awards ceremonies to fashion weeks to film festivals, covering almost 70,000 entertainment events a year and partnering with major brands on creative content strategy.

About The Recording Academy:

The Recording Academy® represents the voices of performers, songwriters, producers, engineers, and all music professionals. Dedicated to ensuring the recording arts remain a thriving part of our shared cultural heritage, the Academy honors music’s history while investing in its future through the GRAMMY Museum®, advocates on behalf of music creators, supports music people in times of need through MusiCares®, and celebrates artistic excellence through the GRAMMY Awards®—music’s only peer-recognized accolade and highest achievement. As the world’s leading society of music professionals, we work year-round to foster a more inspiring world for creators.