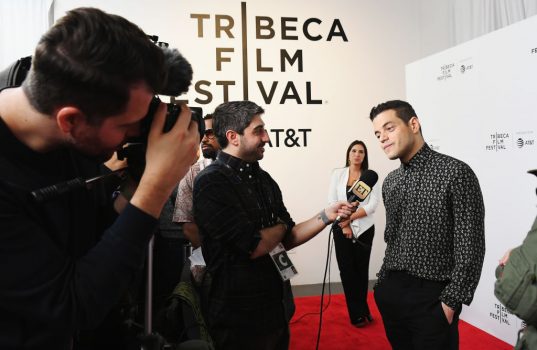 Getty Images, a world leader in visual communications, has today been announced as the Official Photographer of the Tribeca Festival, the foremost outlet for independent storytellers and the first film festival in North America since the outbreak of Covid-19.

As the official photographer of the Tribeca Festival (June 9- June 20), Getty Images’ award-winning entertainment photographers will cover every red-carpet premiere, film screening and party that takes place throughout the festival.

Building on a long-standing partnership that began over a decade ago, Getty Images’ team of content creators will produce portraits of the Festival’s talent and creators, to be distributed exclusively through gettyimages.com.

“Since its inception, the Tribeca Festival has brought together a diverse selection of independent filmmakers and storytellers,” said Getty Images Global Vice President of Entertainment, Kirstin Benson. “Getty Images is proud to partner with this stellar organization once again to highlight all for the fantastic work they do within the industry and their continued support of the arts.”

In addition to the partnership with the Tribeca Festival, Getty Images content creators are at every major entertainment event globally, from awards ceremonies to fashion weeks to film festivals, covering almost 70,000 entertainment events a year and partnering with major brands on creative content strategy.