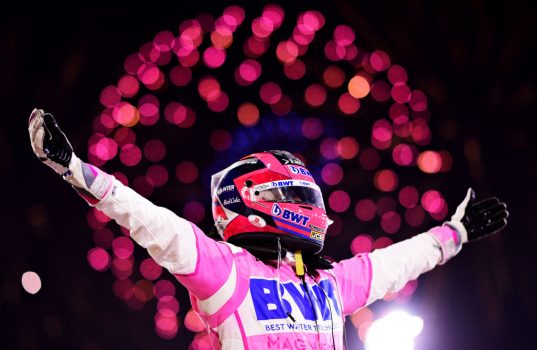 Getty Images, a world leader in visual communications, today announced it has become the Official Photographic Agency of Formula 1®. From 2021, Getty Images will cover every F1, F2, F3 and Porsche Super Cup race with its world-class team of expert motorsport photographers.

The new long-term partnership formalises a professional and ongoing relationship that Formula 1® and Getty Images have enjoyed throughout decades of competition. Getty Images’ specialist motorsport photographers are responsible for capturing many of the most iconic F1 images and this new agreement will see that continue.

“We are thrilled to be working with such a globally renowned photography agency, who are the best in their class,” said Adam Crothers, Head of Digital Media Rights, Formula 1. “Photography and capturing the true essence of our sport is incredibly important to us and working with Getty ensures we continue to drive the quality and reach of the sport.”

“Sport imagery lies at the very foundation of Getty Images and over our 25 year history we have worked hard to lead the industry in the creation, distribution and management of premium sports imagery for media as well as sport governing bodies, teams and the vital ecosystem of commercial partners and licensees that support them,” said Ken Mainardis, SVP & Global Head of Creative Content. “Our photographers have been trackside since the beginning of the F1 competition so we could not be prouder to formalise our partnership with Formula 1 to deliver more stunning visual content to a global audience.”

Founded in 1995, Getty Images was the first photography agency to partner with the world’s leading sport governing bodies, such as the International Olympic Committee and the National Basketball Association.