Leading visual media company has been announced as the official content provider for the entertainment industry’s premiere brands, The Hollywood Reporter and Billboard 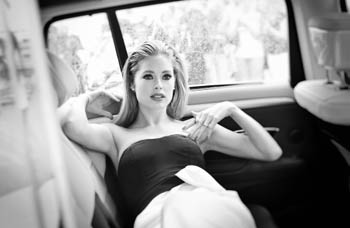 Getty Images, one of the world’s leading visual media companies, has been appointed as the official photo content partner of the entertainment industry’s premiere brands, The Hollywood Reporter (THR) and Billboard, the leading global destination for charts, news, trends and innovations in music. The partnership engages Getty Images as the sole content provider to the brands, delivering its award-winning entertainment content from the unrivalled 70,000 entertainment events Getty Images covers each year.

Under this new agreement, Getty Images will be the exclusive credentialed photographer for THR and Pret-a-Reporter and the preferred credentialed photographer for Billboard on the red carpet and behind-the-scenes at top award shows, premieres, industry parties and other entertainment events. The partnership is based upon Getty Images’ preeminent team who have the rapport and relationships, expertise, as well as cutting-edge technology to deliver the best-in-class imagery that THR and Billboard readers expect. Widely recognized as one of the leading content creators in the entertainment arena, the partnership reaffirms Getty Images leadership position in the editorial space.

“As the entertainment and music industry’s flagship media brands, it makes perfect sense for The Hollywood Reporter and Billboard to partner with Getty Images, the leader in entertainment photography,” said Jennifer Laski, photo and video director for The Hollywood Reporter and Billboard. “We are excited to enter this partnership as we head into awards season and look forward to the coverage we can produce together.”

Speaking on the partnership, Roxanne Motamedi, Getty Images Vice President, Entertainment, says: “The collaboration between Getty Images and The Hollywood Reporter teams together two exceptional brands with extraordinary compatibility. The Hollywood Reporter is one of the entertainment industry’s most respected and prestigious publications, and with our team of the world’s greatest photographers, we look forward to continuing to capture outstanding and unrivalled imagery from the world of entertainment and show business.”

Getty Images is the number one source for global editorial content, providing unmatched depth, breadth and quality of editorial coverage, covering more than 130,000 events globally last year with their award-winning team, including over 70,000 events in entertainment alone.