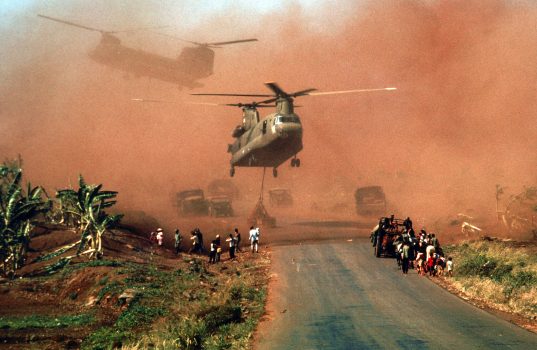 Getty Images, a world leader in visual communications, is pleased to announce the launch of its latest archival collection known as The Chronicle Collection, housing high-profile editorial photography from the 20th century. With 80,000 images and counting, the Collection includes headline-making news coverage of presidents and politicians, celebrities and athletes alike, as well as everyday America, captured from the 1930s through the 1990s.

“The Chronicle Collection breathes renewed life into the archives of more than 70 individual photographers from across the globe, which when taken in total, include thousands of stories and assignments shot during the golden age of American print media,” said Bob Ahern, Director of Getty Images’ Archive. “To put it simply, we are thrilled to be working so closely with so many respected names in our industry. We are proud that these photographers have chosen Getty Images as a respective home for their portfolios, a testament to our shared values for quality, authenticity and expertise, as well as the ever-growing importance of photography as a historical record.”

The Getty Images Archive is one of the largest and oldest privately held archives globally with access to over 130 million images dating back to the beginning of photography. From the birth of photography to the present day, the Getty Images Archive houses a wealth of socially significant, historical photos, footage and prints and includes content from over 35 content partners including Gamma-Rapho, Paris Match, The Bettmann Archive and Sygma. Conservation and preservation are key among the Archive’s priorities, which is intent on ensuring that significant historical content should be accessible for generations to come.

To browse the curated collection, head to gettyimages.com/search/2/image?collections=chr&family=editorial&sort=mostpopular

Note that the collection will continue to grow in both size and scope in the coming months and years.