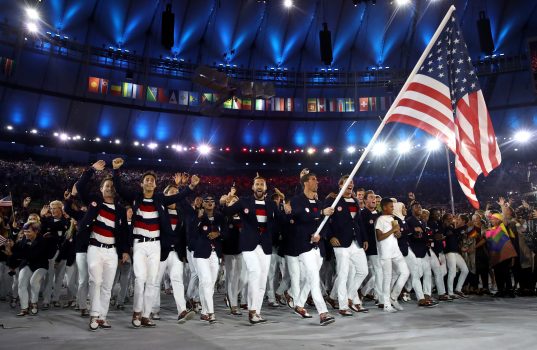 As part of a comprehensive service, Getty Images’ award-winning photographers will continue to cover Team USA athletes as they prepare, train, and compete in Olympic and Paralympic Games from Tokyo 2020 through to the LA28 Games. Through the terms of the agreement, Getty Images will also hold the commercial rights for the licensing of Team USA photography to sponsors and licensees of the U.S. Olympic & Paralympic Committee and LA28.

“Getty Images is thrilled to renew its longstanding relationship with Team USA, and is pleased to also be working alongside LA28 to help service their partner and licensee’s imagery needs” said Janey Marks, Senior Director of Olympic Programs and Strategic Partnerships for Getty Images. “With an elite roster of specialist and award-winning sport photographers and an unrivalled heritage of capturing the Olympic and Paralympic Games, we are excited to further build on a proud history of delivering iconic imagery.”

“Team USA is excited to continue its longstanding relationship with Getty Images,” said Peter Zeytoonjian, Senior Vice President of Consumer Products, U.S. Olympic and Paralympic Properties. “For over 25 years, Getty Images has provided elite photographic coverage of U.S. Olympic and Paralympic sport, capturing those history making moments and helping to tell the stories of our Team USA heroes. And as we prepare to welcome the Games back to the States in 2028, we’re especially thrilled Getty Images will help us capture the world’s greatest athletes and sports fans as they celebrate and compete at LA28.”

In addition to its relationship with the Team USA, USOPC and now the LA28, Getty Images currently serves as the Official Photographic Agency of the International Olympic Committee and the International Paralympic Committee. Getty Images’ Archive contains some of the most notable Olympic photographs, dating from the 1896 Olympic Games in Athens to the most recent 2018 Olympic and Paralympic Winter Games in PyeongChang.

Getty Images partners with many of the most significant sports leagues and governing bodies in the world. Today, Getty Images is the official photographer or photographic partner to over 80 of the world’s leading sport governing bodies, leagues, and clubs, including the PGA, FIFA, NBA, Major League Baseball, National Hockey League, UEFA, FA, UFC, NASCAR, PGA of America, Manchester United and FC Bayern Munich.