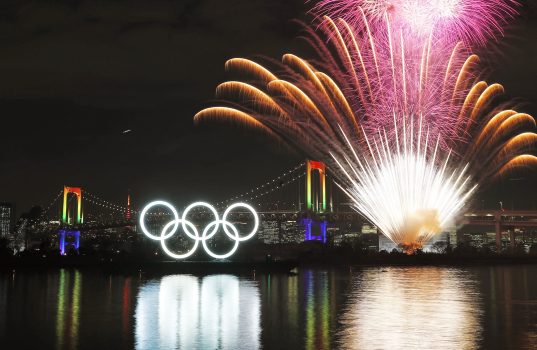 Getty Images, a world leader in visual communications, today announced its award-winning photographers, editors and operations staff will capture stunning imagery from every event at the Olympic Games Tokyo 2020.

Serving as the Official Photographic Agency of the International Olympic Committee, Getty Images will deploy a team of over 100, using innovative technology to shoot more than 2 million images, from the Opening Ceremony on July 23rd to the Closing Ceremony on August 8th.

For the first time, Getty Images will edit photos from the Olympic Games remotely with over 50 editors live-editing from various locations around the world. Getty Images will connect key photo positions from inside all 42 Olympic venues directly to the Getty Images office in the Main Press Center and to editors around the world in real time. This enables a photograph to be taken at an event and then uploaded to gettyimages.com in as little as 30 seconds, empowering Getty Images’ global customer base to tell more immediate and impactful visual stories.

Getty Images will also capture unique angles of indoor sports like swimming and gymnastics using cameras placed underwater and in the roofs of venues.

“The global reach of the Olympics is unparalleled, and Getty Images possesses the unique specialist visual expertise and excellence to capture the Games most iconic moments as they happen for the world’s media, Olympic partners, licensees and fans at home,” said Ken Mainardis, Global Head of Content, Getty Images.

“Getty Images’ ability to capture and then also deliver imagery to customers in record speed is an incredible accomplishment, especially in a year when many fans around the world will primarily experience the Olympic Games through digital platforms.”

As a complement to the live editorial coverage of the Olympic Games, Getty Images has one of the world’s largest collections of archival Olympic imagery dating back to the 1896 Olympic Games in Athens.