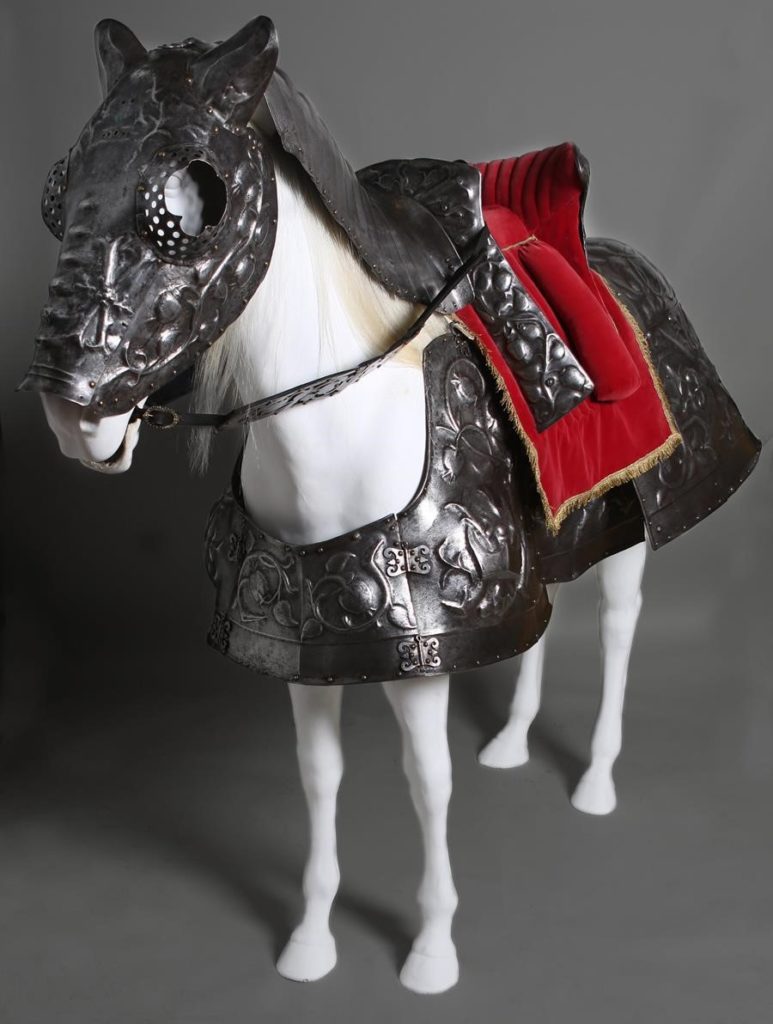 We launched our Online Image Library in April last year, with over 15,000 images from our collection and archive.

Since then we have been busy digitising even more of our fantastic collection.

In the last 12 months we have added over 1,500 new images to our growing library through client projects, historical anniversaries, our own digitisation programme and new exhibitions at the museum.

Here is a small selection of our favourites:

This magnificent horse armour (above), known as The Burgundian Bard, was gifted to King Henry VIII, by Maximilian I. It is the work of master craftsmen, armourer Guillem Margot, and decorated by Paul van Vreland. We had the rare opportunity to photograph this massive piece when it was taken off display before being sent on loan to The Met museum in New York for a temporary exhibition. The details in the decorations are exquisite – have a closer look online.

Next up is one from a conservation project. This was a chance for us to digitise a fragile, intricate object while off display in the museum.

A gold-lacquered, red-laced tosei gusoku (modern armour) probably drawn together from a mixture of older and more recent components during the 19th century. The helmet carries an elaborate shishi crest.

The next object has a fascinating provenance that was only recently re-re-discovered by one of our Curators. This Sterling MkII originally belonged to Winston Churchill and now lives in our collection after being specially gifted to the Royal Armouries by his son. The silver plaque pictured below is engraved with part of his famous speech on it.

Exhibitions and new displays are a key part of our on-going digitisation programme. Last October we opened a new gallery display in Leeds, Make: Believe, showcasing props from cult and classic films and TV shows. Images of objects such as the Alien Pulse rifle and Star Wars blasters are available to license.

We were due to open a new exhibition marking the 500th anniversary of The Field of Cloth of Gold in March, and a Second World War gallery display in May, commemorating 75 years since VE Day. Even though the openings have been postponed we had already photographed and digitised the objects as they were prepared to go on display, and they are available for you to view on our Online Image Library wherever you are.

“Le Champ de Drap d’Or” [The Field of Cloth of Gold] showing the meeting between Henry VIII and Francis I, King of France, in 1520. British, late 18th century.