How high the moon? Trevillion celebrate man’s first landing on the moon

Today (along with the rest of the world) Trevillion is celebrating man’s first landing on the moon 46 years ago.  But given the moon’s magic, it is only surprising that it took man so long to get there!

Since the beginning of mankind, the moon has been a constant and fascinating presence in our human psyche.  And the Romans and Greeks even regarded the moon as a goddess!

In more recent times it was thought, in some remote regions such as Transylvania, that full moons gave rise to demonic transformations (werewolves!) but is this truth or myth? And even today, some people still report ‘strange feelings’ when a full moon shines.

The moon certainly touches every one on our planet. It is responsible for the endless ebb and flow of the tides on our many oceans.  And it is certainly responsible for a touch of moon madness here at Trevillion.

So we’ve put together a mini-collection featuring some of our favourites!

And to see more, just visit our site www.trevillion.com. 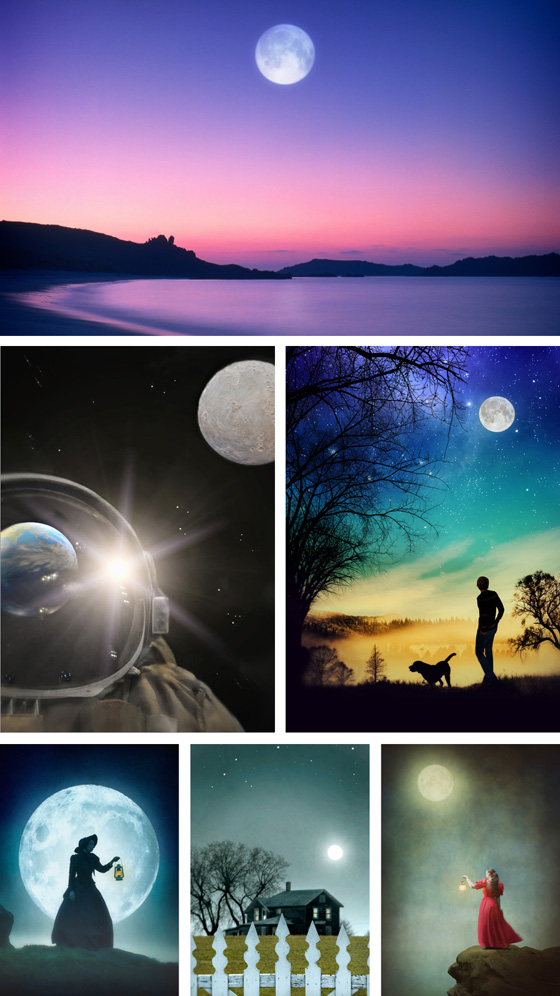 How high the moon? ©Trevillion Images