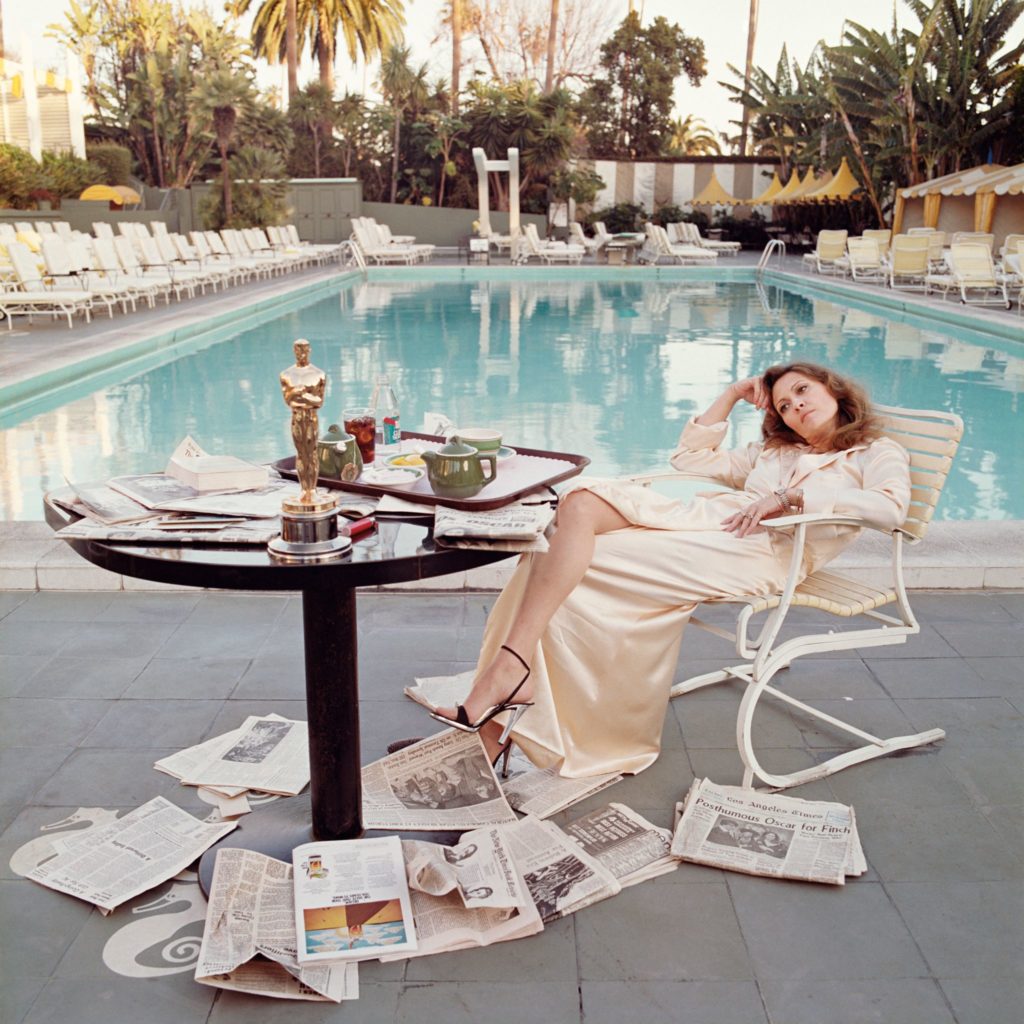 From working class London to Hollywood, Terry O’Neill’s candid shots of the famous are now among the world’s most collectable photographic works of art

British photographer Terry O’Neill, famous for his candid images that captured the spirit of rock and pop music, Hollywood, celebrity culture, sport, royalty, and politics over six decades, is to be the subject of a new feature-length documentary.

Iconic: The Terry O’Neill Story will not only chronicle the late photographer’s life, career, and his huge legacy of highly sought-after photographs, many of which now hang in national art galleries and private collections all over the world, it will investigate the photographer’s unique talent to get up close and personal to the most famous people on the planet to earn their trust so much they were happy to drop their guard for him; to capture them in public, in private, on stage or back stage, in their homes, on their tour planes in their most intimate moments and at their most alluring, or vulnerable or powerful.

Screen icons such as Brigitte Bardot, Faye Dunaway (to whom O’Neill was married and divorced) and Audrey Hepburn have been immortalised by O’Neill’s images, while his music industry work featured The Beatles, David Bowie, Elton John, The Rolling Stones and Amy Winehouse.

Now, two years after his death, filmmakers have been granted exclusive access to O’Neill’s complete archive covering six decades – including many images which are still being discovered and digitised – as well as contact sheets, filmed footage and work diaries. Producers will also have access to a retrospective exhibition of his work, which is being planned for 2022.

Award-winning filmmaker Oliver Murray (The Quiet One, 2019, and Ronnie’s, 2020) has boarded the production as Director. The feature-length film is to be Produced jointly by Round World Studios and Iconic Images, an Authentic Brands company, the owner of O’Neill’s photographic archive. Murray’s Orofena Films will take a co-producer credit.

Executive Producers are Terry Byrne and Eric Woollard-White for Round World Studios, which is also financing, and Robin Morgan, President Iconic Images. Production is due to start imminently.

Robin Morgan, who was O’Neill’s closest confidant for more than 30 years, said: “Only Terry’s closest friends know the real Terry O’Neill and the secrets that were buried with him. He had a bewitching influence over the most beautiful and influential women on the planet.

“He had film star looks himself and an easy going, charming but respectful rapport. He once told me he learned everything about women from his friend Frank Sinatra. He even pulled off the impossible – making Her Majesty The Queen drop her guard and chuckle mischievously into his camera.”

He added: “Doors opened for Terry O’Neill. What was his secret; was it his tradecraft or his personality that took him behind the closed doors and into the corridors and boudoirs of fame? He not only photographed the stars, some were his lovers and two were his wives. What did he take with him to the grave that would make him reject million dollar offers for his memoir?”

Born a year before the breakout of WWII, O’Neill grew up in working class London with a dream of becoming a jazz drummer.

A moment of serendipity then changed his career direction while he was working in a photographic unit at London’s Heathrow Airport in the 1950s. A photograph of a sleeping man, which later turned out to be the then Home Secretary Rab Butler, landed O’Neill a job with the Daily Sketch newspaper in London’s Fleet Street, where he was the youngest photographer at the time.

As his career progressed, his candid style and unconventional staging became a hallmark of the swinging 60s and set O’Neill on a journey that saw him become a trusted collaborator and friend of the Hollywood elite, capturing some of the most famous images of the twentieth century.

The film will combine access to O’Neill’s career spanning collection of photography with an immersive deep dive into news and other archive footage of the time and interviews with O’Neill’s friends, such as film stars Raquel Welch, Sir Michael Caine and Pierce Brosnan, rockers such as Sir Elton John, Keith Richard and Eric Clapton or sports greats such as Pele, Billie Jean King and world champion racer Nigel Mansell.

Oliver Murray said: “Terry’s personality and creative mind was behind every image, turning musicians, actors, politicians and sports stars into cultural icons, but his own life started a million miles away from this glittering fantasy.

“This is the story of a working class boy who became one of Britain’s most iconic creatives. With unprecedented access to his images, some of which will be digitised for the first time for this film, and interviews with people who knew him best, we will reveal an intimate portrait of the man as well as his work and legacy.”

ABOUT ROUND WORLD STUDIOS

Round World Studios was established by Terry Byrne, the founder of Round World Group and film, theatre and TV producer Eric Woollard-White. The company provides finance solutions for the film and TV sector. In addition, Round World Studios is gearing up to embark on an acquisition strategy in the entertainment sector in 2022, building on investment in TV production and studio facilities in 2021.

Orofena Films is an independent production company, based in London, founded in 2014 by writer and director Oliver Murray to deliver bold and distinctive stories for big and small screens worldwide. THE QUIET ONE was Murray’s debut feature. The film, which premiered at the Tribeca Film Festival in 2019, offers a unique look at the highs and lows of the life and career of BILL WYMAN, former founding member of the Rolling Stones and renaissance man of rock and roll. Murray’s second feature, RONNIE’S, the story of Ronnie Scott and his world-famous jazz club, was released in 2020 to critical acclaim and has won four awards.