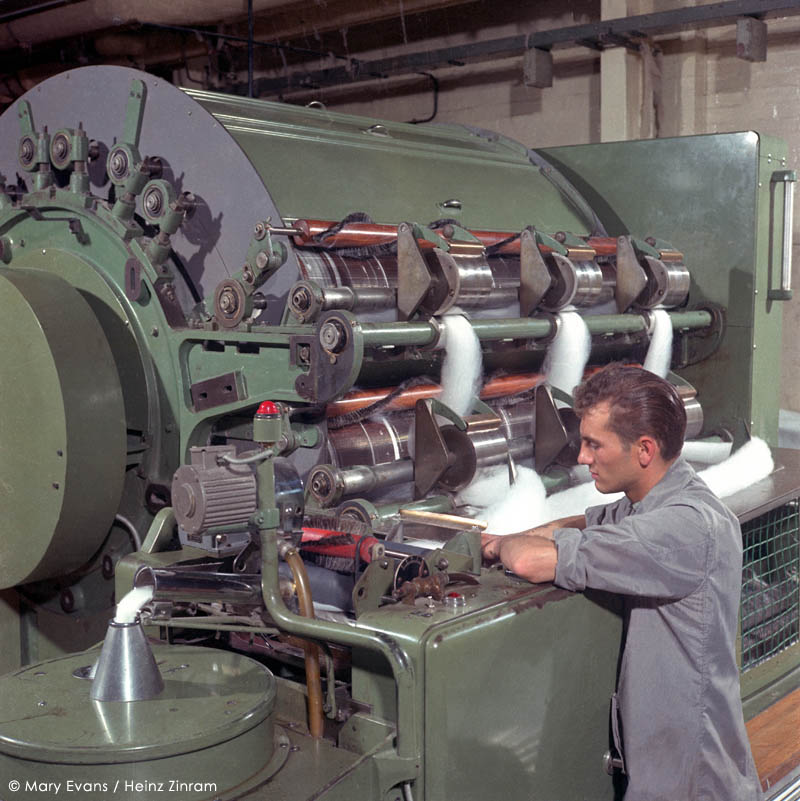 Heinz Zinram was one of Britain’s leading industrial photographers in the 1950s and 1960s, and his photographs of manufacturing, business and industry reveal unexpected poise and drama.

Dr Zinram’s story began in 1910 in Vienna where he was born, and where he qualified as a Doctor of Law in the early 1930s. In 1939 Heinz left Vienna for England, but unable to practise as a lawyer he began copying documents for other refugees using a 35mm Leica. On the outbreak of war, all Austrian and German residents in Britain were declared enemy aliens, and in the summer of 1940 Heinz was one of 2,542 men considered a risk to security who were taken to Australia on board the 1500 capacity ship HMT Dunera. Conditions were appalling. After two years spent in an internee camp in Hay, New South Wales, Heinz was given a chance to return to Britain, and to photography, which he took.

By the late 1940s he was an established photographer and a Fellow and Associate of the Royal Photographic Society. His commissions over the years included work for Time Life, London Transport, British Rail, The Mirror Group, Wedgwood and The Post Office amongst others, all attracted by his professionalism, technical expertise and unerring eye for composition. As well as his pictures of technological wizardry, his collection also contains some delightful photographs of his family as well as his native Austria.