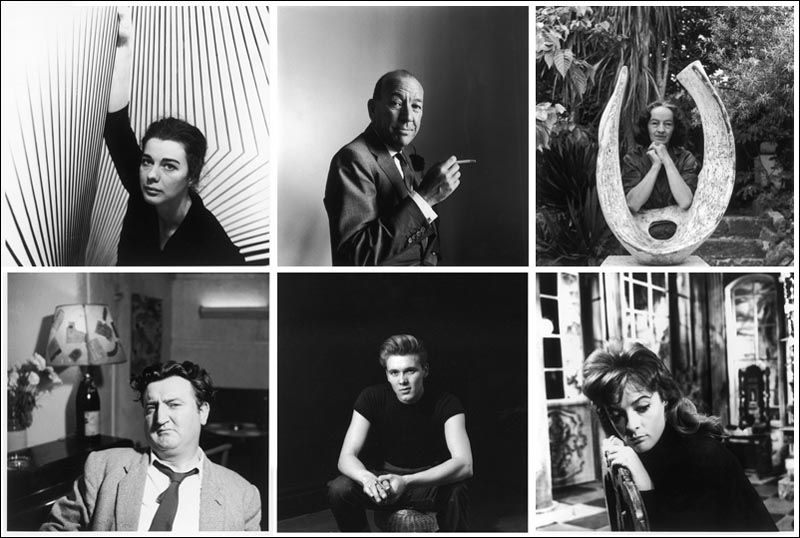 One of the best collections of portraiture represented at Mary Evans Picture Library is an outstanding selection of over 200 works by photographer Ida Kar (1908-1974).

Many major art, literary, theatrical and radical political figures of the twentieth century are featured, often in intimate settings alongside their works or within their studios, dressing rooms and homes.

Her subjects were drawn from a diverse bohemian social circle of artists and writers with whom Kar herself was closely connected. These include the artists Patrick Heron, L S Lowry, Man Ray, Marc Chagall, Elisabeth Frink, Gillian Ayres and Bridget Riley, writers Laurie Lee, T S Eliot and Somerset Maughan, the philosopher and political activist Bertrand Russell and even the pop star Billy Fury.

Born Ida Karamian in Russia to Armenian parents, the family moved to Iran and then on to Alexandria, Egypt when Ida was thirteen. At 20, she moved to Paris to study chemistry and medicine, but then chose to change tack and study singing.

Her friendships with the avant-garde set of artists and writers of the Parisian Rive Gauche led to further personal investigations into socialist politics, Surrealism and photography. Following a brief first marriage to surrealist photographer Edmond Belali, in 1945 Kar met her second husband the British poet and art dealer Victor Musgrave and moved to London. Here she continued to meet and photograph famous artists and writers (aided by her manager John Kasmin), exhibiting her work at Musgrave’s Gallery One in Soho. In the late 1950s, Kar travelled to Russia and France where she photographed (amongst others) Dmitri Shostakovich, the artist Georges Braque and the playwright Eugène Ionesco.

You can view an edited selection of Ida Kar’s work here.