Mary Evans collection of the week: Institute of Mechanical Engineers 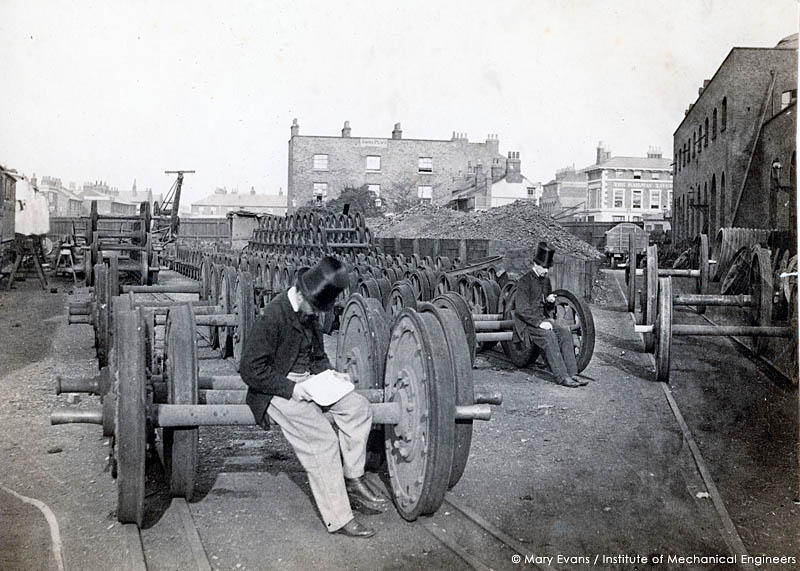 Founded in Birmingham in 1847, the original statement of purpose of the Institute of Mechanical Engineers was, ‘To give an impulse to invention likely to be useful to the world’ – not so different from their present statement which is, ‘improving the world through engineering.’

The Institute’s archive traces the development of mechanical engineering from its foundation in the 1840s through the nineteenth and twentieth centuries, with particular emphasis on the Industrial Revolution, as well as the Institute’s own history, membership and building in Birdcage Walk, where it has been since 1899.

We represent over 2500 images from its collection, among which you can find examples of early steam engines, the construction of some of the world’s most famous landmarks, pioneers in motoring and aviation, and maps that show the expansion of transport links from the Roman road system to the American railroads.

There is an X-ray of an early hip replacement, an experimental gas bus, a portrait of an elderly Edward Entwhistle, who had been George Stephenson’s fireman on the Rocket, and all manner of technological innovations that have indeed been useful to the world.

Picture credit: A view along the north side of the Great Eastern Railway’s Locomotive works at Stratford (East London) May 1864 with William Henry Maw, then Head of the Drawing office, seated on the axle of a carriage or wagon wheel set, with his colleague James Kitson further back. In the background is The Railway Tavern public house (which is still extant) and dwellings in the Angel Place area. Date: 1864 ©The Institution of Mechanical Engineers / Mary Evans