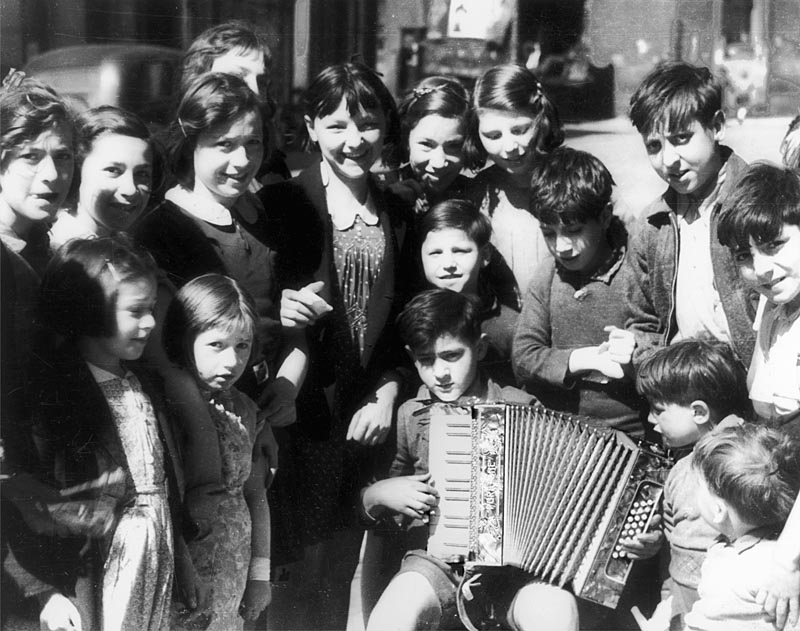 If you regularly follow our Collection of the Week emails, you will know that street photography is one of our specialisms here at the library, and while photographers Roger Mayne and Shirley Baker are well known in this genre, another name, Margaret Monck, is probably less familiar.

Born into a world of privilege in 1911, Margaret Thesiger was the youngest child of Frederic Thesiger, who was Viceroy of India from 1916 to 1921. Her upbringing revolved around the nursery, piano playing and French lessons, gymkhanas and the typical social functions associated with upper class life in colonial India. As a small girl, she would often play hostess at viceregal functions, and recalled dinners where she would be seated between a Maharajah and Colonel-in-Chief, a situation she took entirely in her stride, such was its familiarity. Margaret was fully expected to follow the route of most women of her class, ‘coming out’ in society and then, within a couple of years, marrying well and settling down to a comfortable life as a wife and mother.

However, at the age of 8, she had been given a Box Brownie camera for her birthday and began to take photographs, including views of the Taj Mahal on a visit there. A creative impulse had been sparked and when, years later, she acquired a Leica camera, she began to take her photography more seriously, encouraged by her husband, the filmmaker and lifelong socialist, John Goldman Monck, whom she married in 1934. ‘He was the catalyst who cracked life open for me,’ she explained in a 1986 documentary. In London, her family had inhabited the rarefied environs of Eaton Square, but a move to (still smart) Adelphi Terrace near the Strand prompted Margaret to take herself and her camera further east. Here she was inspired to capture the industrial docklands and streets of the East End, producing the kind of candid, yet atmospheric, shots we are more likely to associate with pictures by street photographers who were working two or three decades later. In order to achieve her naturalistic style, she likened photographing her subjects to stalking a bird, advocating patience above all else. She took a particular interest in children, in housing and immigrant communities, befriending the Italians who had settled around Saffron Hill and observing that, as a woman, ‘you’re more accepted as a passerby.’ The outbreak of World War Two, motherhood and a move to take up a new career in farming put an end to Margaret’s photography, but her penetrating record of 1930s London, in particular its impoverished communities, has sealed her status within the firmament of ground breaking female photographers.

Our representation of Margaret Monck’s collection includes all these subjects, as well as stunning examples of photographs of India taken from family albums. Furthermore, we have recently found photographic portraits of Margaret herself in the magazines of the ILN archive, which we have added to the selection here.