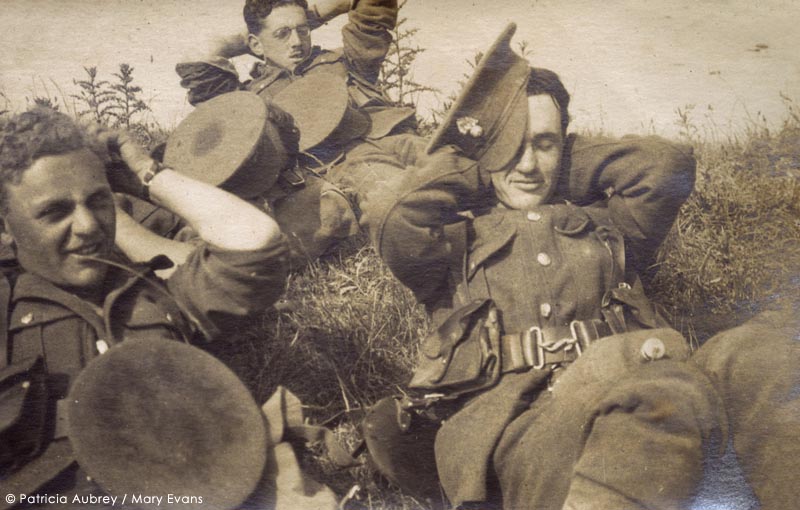 It is often collections preserved by ordinary families that capture the past most compellingly. One such is the collection of Patricia Aubrey, consisting of the Auerbach family’s photo albums, with the early 20th century material of particular interest.

Tracing the lives of a well-to-do, middle class family from Ealing-Arthur and Ellen Auerbach and their four children, Lucy, Albert, Harold and Violet-the collection takes us from evocative images of Edwardian Britain through to the tumult of the First World War.

Arthur Auerbach was born in London in 1862. While working in South Africa he met and married Ellen Peters and the couple had two children. They returned to Britain in 1895 and went to live in a large house in Ealing, West London, with Harold, Patricia Aubrey’s father, and Violet being born over the next few years. As the children grow up, there are photos of them in school uniform, practising cricket, relaxing at a local tennis club, Lucy in fancy dress, Violet with her dolls, and a good number of teachers, pupils and buildings at Marlborough College in Wiltshire, where Albert went to school and took part in Officers’ Training Corps as early as 1910.

After these scenes of seemingly idyllic Edwardian family life, it’s sad to see signs of war approaching, with the two sons in uniform and going off for training. In July 1915 Albert received his commission in the Royal Fusiliers, while Harold was accepted by the Royal Flying Corps and posted to the Western Front to work in air reconnaissance.

Ellen and Lucy made their own contributions on the Home Front. There are photos of Ellen in her volunteer Red Cross nurse’s uniform and Lucy worked at the War Office in London, occasionally going to the village of Madresfield in Worcestershire to help with agricultural and dairy work.

Albert’s first posting was to Gallipoli in November 1915. From there he went on to Egypt, then to France, until he was invalided home with shell shock and dysentery in December 1916. He returned to France in June 1918, and was killed by a shell at Bouchavesnes, Péronne, on the Somme, in the early morning of 1 September 1918, exactly four years to the day of his joining up. He was posthumously awarded the Military Cross. Despite the constant dangers of his air reconnaissance work, Harold survived the war. Photographs of his Campaign medal round off a poignant memento of one family’s experience of this extraordinary era.

We hope you enjoy this edited selection.