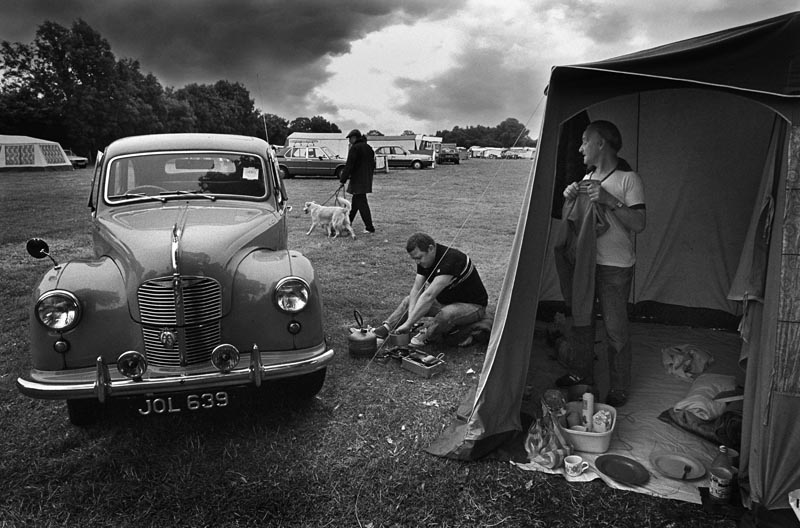 Philip Dunn’s first published photograph was in the Manchester Evening News when he was just 14 years old. An apprenticeship at another local newspaper led to Philip becoming the youngest staffer on The Daily Express at the age of 22.

After fifteen years, he left to freelance and was one of the first photographers to work for The Independent when it started in 1986. It is this work, and that which Philip did working for The Sunday Times from the 1980s until the mid-1990s covering human interest features and travel, that forms the core of the collection at Mary Evans Picture Library.

The image set covers Britain and Europe, and other locations all over the world, while the subject matter falls broadly under the category of street photography.

A little boy with a dirty face looks warily at the camera while wiping away tears; an elderly couple sit in coats and hats to read the newspaper by the shelter of a breakwater on a Norfolk beach; a sword-swallowing street performer in Ghangzhou, China, gestures to the camera while the sword hilt protrudes from his mouth.

Philip strives for relevancy, meaning and animation in every photograph, and reveals an acute sense of storytelling in his work which has helped him to win many top professional awards including both News and Feature sections of the British Press Photographer of the Year Awards.