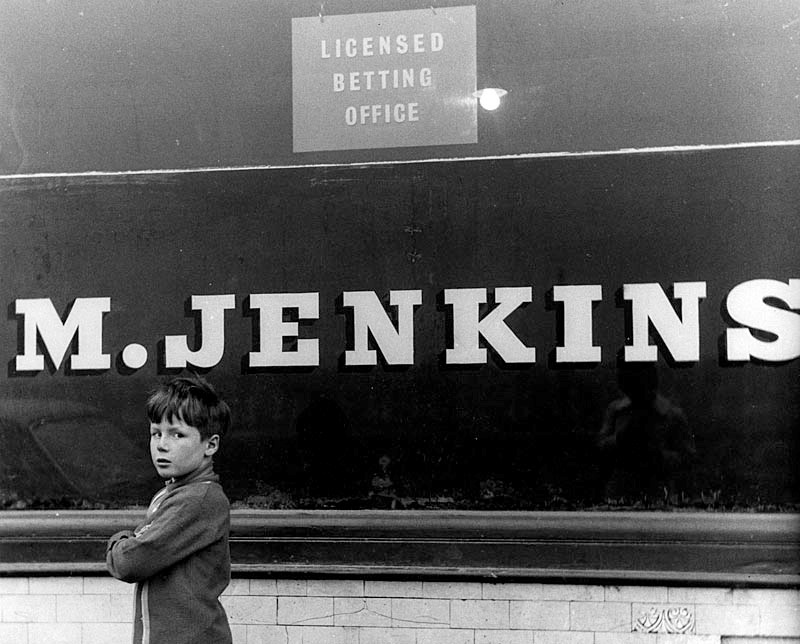 Shirley Baker (1932-2014), born in Salford and brought up in Manchester, was one of Northern England’s most renowned and celebrated photographers, best-known for her pictures documenting the communities in her home city on the cusp of seismic social change.

After studying Pure Photography at Manchester College of Technology, she began to work in a documentary style on personal projects after giving up ambitions to work at the Guardian at a time when union rules restricted women working as press photographers.

Shirley sought to record the lives of people at the centre of an urban disruption and displacement as town planners and demolition men set to work clearing away swathes of slum terraced houses.

While she would later write of her sympathies for the families left clinging to the old way of life in a no-man’s land of devastation wrought by the clearances, her pictures convey neither pity nor sentimentality. Instead, she let her camera roam freely, guided by her artistic eye and innate talent for creative composition, finding, what she herself described as, ‘the mundane, even trivial aspects of life not being recorded by anyone else’, and hoping her images, ‘reflect something of other people’s lives.’

She was there as an observer of the ‘here and now’, walking the streets familiar to her since childhood, picking her moment and allowing the subjects to tell their own story. Shirley re-visited these places in the 1990s and Mary Evans are beginning to add this more recent work to their website.

Besides the Manchester street photography for which she is best known, Shirley’s canon of work covered many other areas including scenes of London, notably Camden Town in the late 1980s, the British seaside, punks, the South of France and the dog shows of the north west, a subject that drew her back several times through the 1960s and 70s.

In visiting Manchester Dog Show, Shirley Baker was very much an outsider looking in, and it quickly becomes clear that rather than the dogs alone, it was the owners, and their interaction with each other and their dogs, that fascinated her.

Shirley died in 2014 but her work continues to be seen and enjoyed by a multi-generational global audience. Continuing a tradition of exhibiting throughout her career, in 2015 the critically-acclaimed exhibition of her street photography, Women, Children and Loitering Men was shown at The Photographers Gallery, London, Museo Carellbo in Madrid the following year and Manchester Art Gallery in 2017.

The same exhibition toured four separate locations in China. She was among the photographers selected for inclusion in The North: Fashioning Identity, shown at the Open Eye Gallery in Liverpool and Somerset House in London, as well as the high profile Burberry exhibition of British photography, Here We Are in 2017.

On the Beach, exploring her contrasting photographs of the seaside in Blackpool and the South of France, has been shown at Photofusion London and Culturel du Lavandou, South of France.

The latest project to celebrate her legacy is a new book, Dog Show, published by Hoxton Mini Press this week and bringing together over 70 of Shirley’s dog show photographs. We are delighted to have collaborated with the publisher and the estate on this project.

Shirley Baker has been represented by Mary Evans Picture Library since 2008.

Click here to see a selection of images from her remarkable body of work.