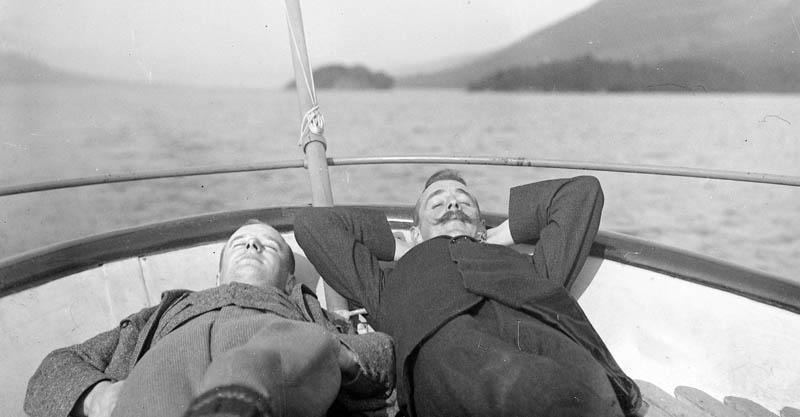 Hidden away for over a century and never previously published, the Ernest Battersby Collection is a rare gem of a find, full of wonderful Edwardian photographs exclusively available through Mary Evans.

Ernest Battersby was born in 1878 in Stockport, Cheshire, the ninth of eleven children, and went into the family business of hat manufacturing, for which Stockport was a pivotal centre. In 1906 the Battersbys bought a second hat factory in Conty, near Arras in Northern France, where Ernest lived for extended periods.

Travelling in Britain and Europe for business with his brother Edgar enabled Ernest to indulge his keen interest in photography.

Like Ernest, Edgar never married, and in 1915 volunteered to serve his country in the Honourable Artillery Company, being killed two years later at the Battle of Arras.

Ultimately, Ernest was no more fortunate. He contracted tuberculosis and spent increasing amounts of time in France to manage the factory and for the warmer climate, but was forced to leave Conty when the house and factory were requisitioned for the war effort.

He died on 1st October 1918 at Yvetot, near Rouen and was buried there. His collection of over 700 negatives ended up in a storeroom at the Battersby factory in Stockport, but nothing was done with them.

They survived the factory closure, flood, and several house moves, until Ernest’s great-nephew began the painstaking cleaning and scanning process in 2013, revealing for the first time in 100 years what Ernest captured in the long gone heyday of the Edwardian era before Europe was engulfed in the Great War.

What were then snapshots and personal memories are now a fascinating archive, chronicling the life and observations of an upper-middle class industrialist as he went about his daily life.

Alongside photographs of family and friends at work and play, are evocative views of unspoilt areas of the Lake District, Derbyshire and Northamptonshire and still life photographs of the Battersby factory from the machinery used for different processes to exquisitely precise pictures of the end product.

Click here for a selection of these beautifully-restored photographs.