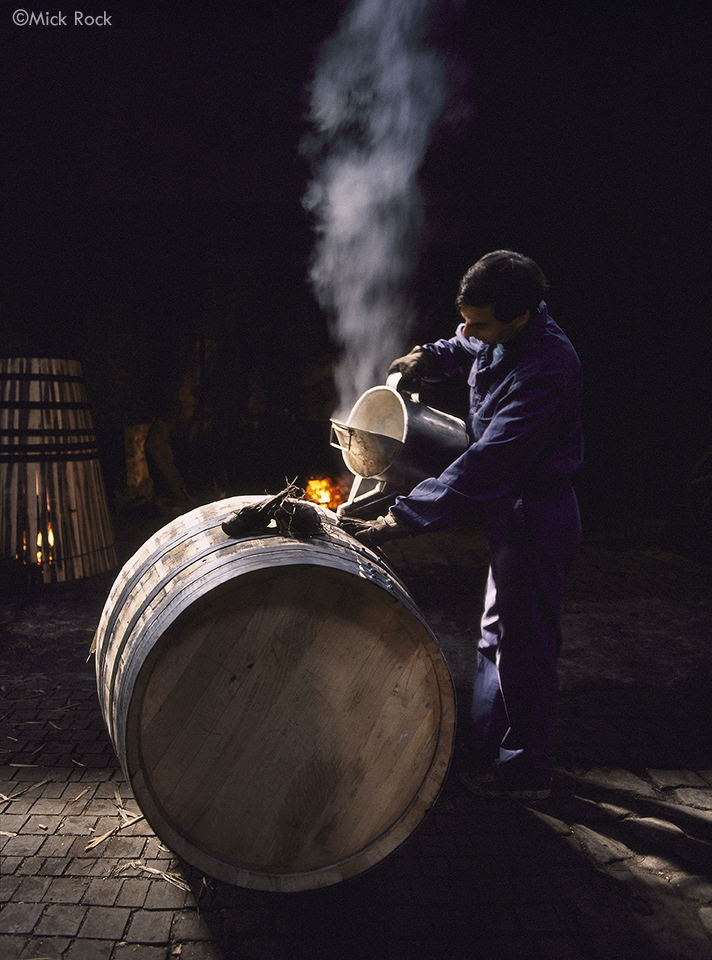 Upon becoming a Finalist, Mick commented, “I’m grateful to Errazuriz for sponsoring the ‘Wine Photographer of the Year’ award and thus helping to raise the profile of wine photography in its own right, rather than it just being an accompaniment to the written word. I have specialised in wine for over 30 years. It’s a fascinating subject of which I never tire. Vineyards are invariably in beautiful places, so what could be better than travelling the world to photograph them?”

In addition to being a wine photographer, in 1985 Mick established Cephas Picture Library a stock image source for wine pictures of the world.

Pouring boiling water into a barrel to clean it after assembly in the cooperage of Ferreira, Vila Nova de Gaia, Portugal. © Mick Rock/Cephas Picture Library