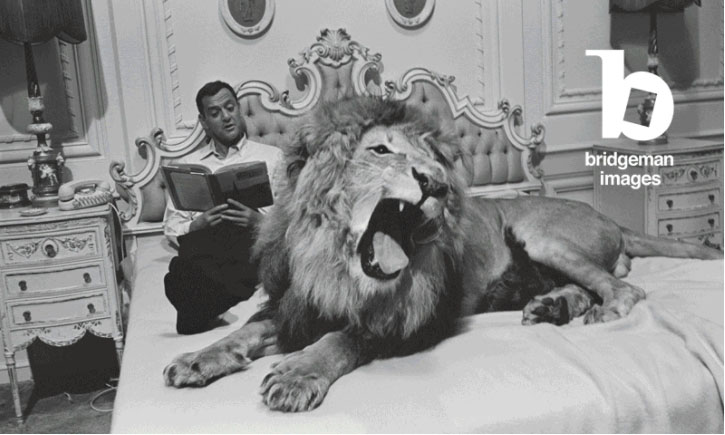 We are pleased to announce that the estate of Orlando Suero has appointed Bridgeman Images to administer and license copyright.

In addition, we are pleased to represent acclaimed Latin American artists Marcelo Brodsky, Càssio Vasconcellos and Diana Gomez. Bridgeman Images is proud to add the work of these artists to our ever-growing diverse archive of contemporary artists and photographers.

Orlando Suero began taking photos with the Kodak Jiffy his father gave him in 1939. He then attended the New York Institute of Photography and worked in shops and photo labs.

One of his first assignments was to spend five days in May 1954 with the newlyweds Jacqueline and Senator John F. Kennedy in their Georgetown duplex, documenting their daily lives. It was the start of a successful career in which he immortalised some of Hollywood’s most recognisable faces.

Through his friendly approach, his subjects opened up to him and his purpose in a way few others have been able to accomplish.

Marcelo Brodsky (born 1954) lives and works in Buenos Aires, Argentina. An artist and political activist, Marcelo Brodsky was forced into exile in Barcelona in 1976.  During his stay in Spain, he took photographs that immortalised the psychological state of an expatriate.

Situated on the border between installation, performance, photography, monument and memorial, his pieces blend text and images, often using figures of speech. This essay has been shown more than 140 times in public spaces as well as institutions such as the Museo Nacional de Bellas Artes in Buenos Aires in 2010, the Pinacoteca do Estado de Sao Paulo, Brasil, in 2011 or the Sprengel Museum in Hannover, in 2007.

Càssio Vasconcellos (born 1965) has been a photographer since 1981. Vasconcellos has had his images exhibited over 200 times in twenty countries.

His awards include Conrado Wessel of Art (2011) and Paulista Association of Art Critics (APCA – 2002) for best photography exhibition of the year with “Noturnos São Paulo”.

The artist’s photographs are in Brazil’s main private collections as well in museums such as the MASP – Museu de Arte de São Paulo (São Paulo, Brazil), and abroad in the Bibliothèque Nationale (Paris, France) and the Museum of Fine Arts (MFAH, Houston, US).

Diana Gomez is an Entrepreneur, Creative Producer, Content Creator, Photographer, Director, Artist, and Activist, born and raised in Caracas, Venezuela and developing her visual career in London for the last 17 years.

Influenced by great filmmakers and her love for humanity, people, nature, music and narratives, Diana’s beautifully lit and colourful images capture a sense of optimism, power and beauty that portrays her sitters in a confident and engaging way. She has worked with a wide range of clients, in editoral and advertising, and has also worked in a diverse range of other fields. Her advertising clients include Nike, EMI, Adidas, Coca Cola, Arcadia Group, and Malone Souliers.

We are pleased to announce that the following artists are now represented by the Bridgeman Copyright Service:

Bridgeman Images is the leading contemporary art and video agency, offering a rights-managed service from our offices in the UK, USA, France, Germany and Italy. We represent over 1,000 artists and estates.

View a complete list of Copyright artists and artists’ estates.

With nearly 50 years’ experience of managing copyright and licensing requests, our dedicated team of research specialists ensure that the process is simple, supplying the highest quality images with cleared rights for a variety of projects, from publishing to film/tv, merchandising, advertising and design.