New Images at The Werner Forman Archive for fotofringe 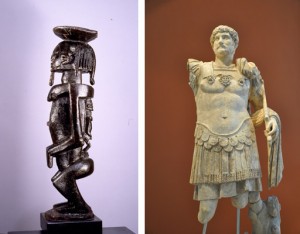 The Werner Forman Archive www.werner-forman-archive.com contains a remarkable collection of photographs on art, archaeology, architecture and artefacts from the world’s great cultures. The late Werner Forman spent his life photographing ancient artworks all over the world, and many new and unpublished images have recently been discovered in his personal archive. They are only now being released after they have been carefully edited and captioned by leading academic experts.

Themis Halvantzi, Marketing Director, of Werner Forman Archive says, “We were very excited to find a large number of fascinating images which had not been seen since Werner took them. It was sometimes difficult to identify, catalogue and caption them, so we had to rely on our team of academic experts. This has been a slow process but we are now releasing fully digitised high-resolution images for use in books, TV, New Media and advertising.”

New photographs added to the unique collection illustrate rituals, beliefs, mythologies and ways of life from various cultures from a large part of the human era, including a stone-age flint carved to resemble a bird of prey, a statue of the Roman Emperor Hadrian, and an altar figure from the Dogon people of Mali, showing a woman carrying her baby on her back.

These images are rare, unusual and unpublished. Some of the cultural sites and artefacts that Werner Forman captured have subsequently been looted or destroyed and sometimes his photographs are the only record remaining of remarkable human creations.

Werner Forman Archive holds 70 thousand images from the more than 80 books that Werner co-authored and was sole photographer during his lifetime and these timeless images of human creativity are particularly suitable to illustrate history, art and culture in the education market.

See them at fotofringe www.fotofringelondon.com on 23rd April: Stand AGF 14 on the Art Gallery Foyer level.