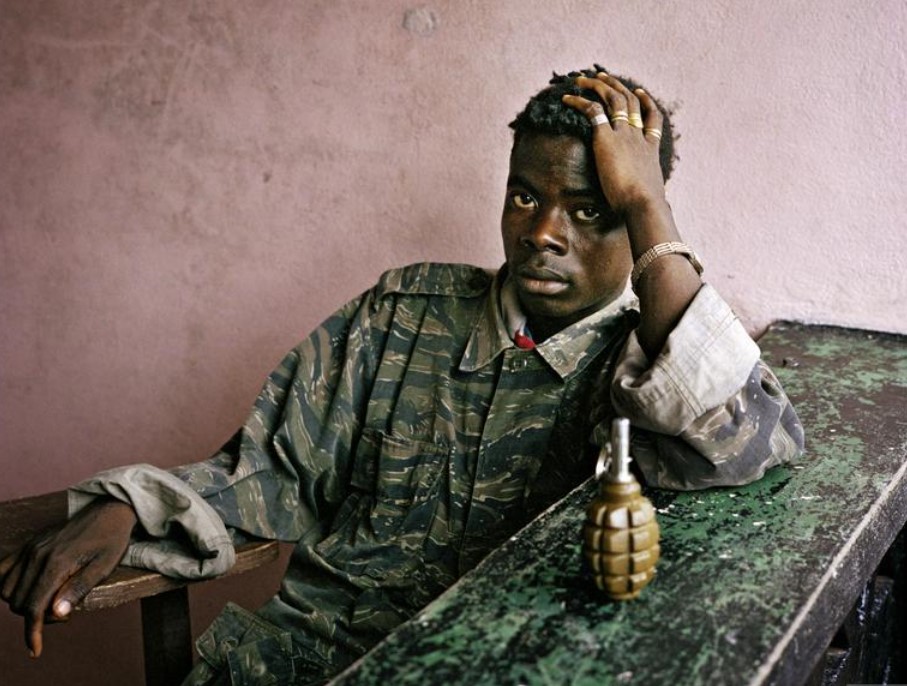 The IWM (Imperial War Museums) is pleased to announce that images from the award-winning conflict photographer Tim Hetherington (1970-2011) are now available to view and license on IWM Collections.

The extensive archive comprises Hetherington’s seminal work from his embeds in Afghanistan (2007-2008), Liberia (2003-2006) and Libya (2011), reflecting his work as an intrepid conflict journalist but also as a humanitarian and an innovator.

Highlights of the collection include: the World Press Photo of the Year 2008 winning image of a U.S soldier in Afghanistan; a video and photography installation called ‘Sleeping Soldiers’ taken at Restrepo, which capture the soldiers at their most vulnerable and contrasts with popular perceptions of conflict; and an acclaimed series of photographs from the ‘Healing Sport’ project which documents the nature of sport in war torn countries such as Angola and Liberia.

Tim Hetherington died 10 years ago on 20 April 2011 while covering the Libyan civil war. The canon of work he left behind defines a generation of reportage. The entire Tim Hetherington archive, including rarely seen images from his final assignment in Libya, was donated to IWM by the Tim Hetherington Trust, which was set up to manage his estate following his death.

Greg Brockett, IWM Curator, Contemporary Conflict, said: “Tim Hetherington was always striving to have as much freedom from editorial influence as possible, which enabled him to reveal the many complex layers of conflict in his work. He covered themes which are often overlooked in the mainstream media, such as humanity and masculinity.”

IWM has a unique collection covering all aspects of twentieth and twenty-first century conflict involving Britain, the Commonwealth and former Empire countries. For assistance with research or information about access to the collection, please contact us at: imagesales@iwm.org.uk.