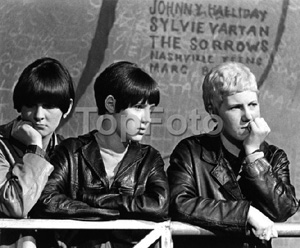 A tiny but terrific new archive of the 1960s and 1970s has been launched by Topfoto. The collection has never been seen before and is exclusively available through Topfoto, and through our partner agencies worldwide.

Mick Ratman, for 35 years a top locations manager for major feature movies, commercials, and original music videos for Tears for Fears, Ultravox, Madness, and Paul McCartney amongst many more, had a secret stills life.

When he was just 16, and a music fan, he was invited to be freelance photographer at The Marquee Club, Ready Steady Go rehearsals, Richmond Blues Festival, Uxbridge Blues & Folk Festival and he kept shooting until the mid 1970s (Rolling Stones, Earls Court, 1976, in colour).

Now this unseen archive, so beautifully capturing the time, is available for the first time – exclusively through Topfoto (worldwide). The first 66 images have just been uploaded to the website and more hard copy will arrive in the coming weeks for scanning.