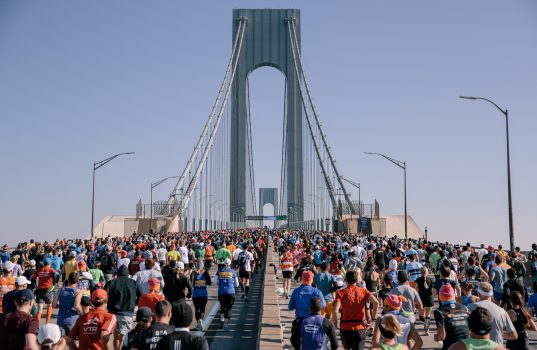 In addition to races and events, NYRR offers community and philanthropic programs that bring together runners of all ages and abilities as well as offers free youth programs and events that help 250,000 kids nationally.

“Sport imagery lies at the very foundation of Getty Images and we work hard to lead the industry in the creation, distribution and management of world-class sports content for media as well as sports governing bodies, teams and the vital ecosystem of commercial partners and licensees that support them,” said Carmin Romanelli, Getty Images Global Vice President of Sports Business Development.

“We are proud to partner with New York Road Runners in an effort to bring their quality content to an even wider global audience.”

“From professional athletes to celebrities to runners of all ages and abilities who participate in our races, we are excited to share our inspirational events through our exceptional imagery.”

Getty Images partners with many of the most significant sports leagues and governing bodies in the world.