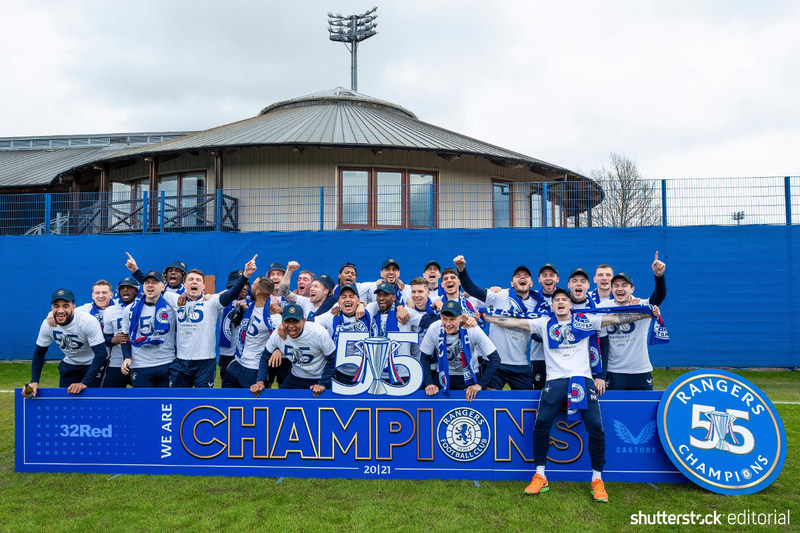 The partnership allows Shutterstock to capture and distribute real-time photography for all of Rangers’ Scottish Premiership, Scottish Cup, and League Cup fixtures, both home and away, as well as this season of UEFA Europa League, and next season’s UEFA Champions League campaign. The agreement also grants Shutterstock exclusive access to off-the-field events, including behind-the-scenes coverage of training sessions, signings, press conferences, community appearances and feature work.

Through Shutterstock Editorial, commercial partners and publishers from around the world will have real-time access to license the latest action shots from Ibrox Stadium, the home of the Rangers, and all of the club’s away fixtures.

James Bisgrove, Rangers’ Commercial and Marketing Director said: “It’s been a historic season for Rangers FC, and we’re thrilled to be partnering with Shutterstock. The collaboration will drive further commercial revenue growth, whilst broadening the club’s reach globally through Shutterstock’s unparalleled access to high-quality visual content.”

Candice Murray, VP of Editorial at Shutterstock added, “With a huge global fanbase of over 550 supporters’ clubs globally, our partnership with Rangers FC ensures these exhilarating live moments on the field are captured and accessible to audiences around the world. Adding to our comprehensive offering in the sports sector, we’re delighted to bring game day to Rangers supporters at a time when they can’t be cheering from the stands.”