Reelin’ In The Years Productions: Farewell to a legend 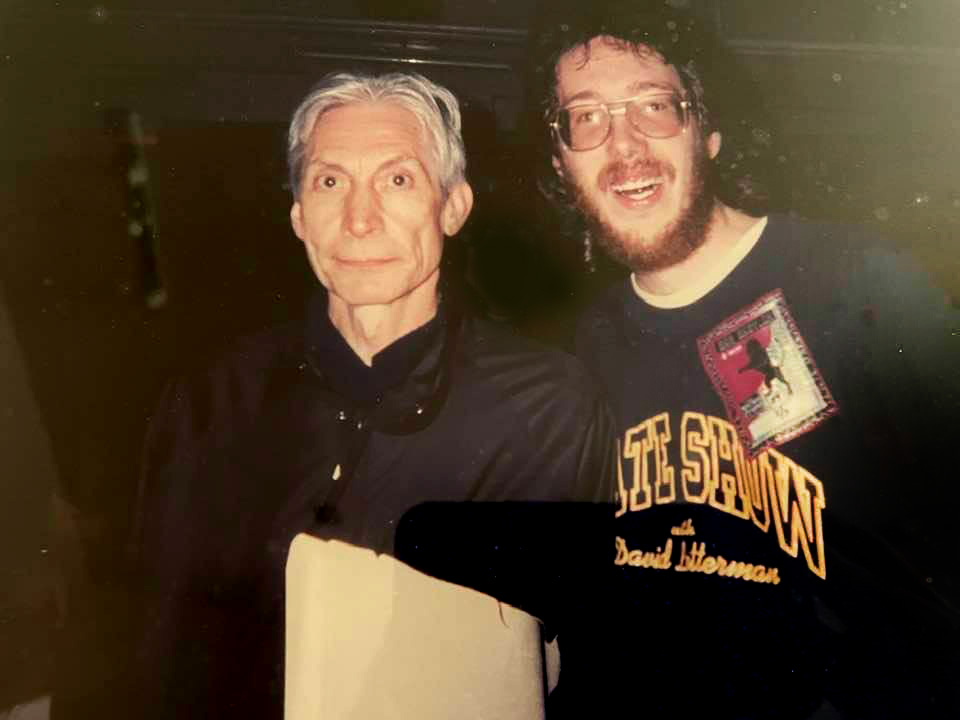 For those of you that are my friends you know that since 1998 I’ve known Charlie Watts (not well) but I was always invited to be his guest backstage whenever the Stones were on tour. We became “friends” in 1998 when I first started to represent European archives and began uncovering unseen Jazz footage. From the first time I met him here in San Diego in 1998 to the last time I saw him in August of 2019 he was nothing but gracious to me and all the friends I brought with me backstage over the years. A couple of times after sending him Jazz footage he would write me letters on hotel stationary and I always loved the way he would sign his letters, C.R Watts (Drummer The Rolling Stones) as if there was or will ever be another Charlie Watts.

I remember one time in particular in Las Vegas at the Hard Rock Casino we were waiting backstage in a small room with Johnny Depp, Brad Pitt and other A-listers (of which I certainly was not) and the curtain opened up and the late Shelley Lazar says “David, Charlie will see you now” to which Brad Pitt and the others looked at me as if to say “who the fuck is this guy” We were taken to the next level backstage and Charlie escorted us into the kitchen area and sits us next to Penny Marshall and then asks us “do you need anything?” I’m looking at him and thinking to myself how much joy his music had given me and he’s asking me If I need anything? WTF? A short while later we were talking and I asked him something about going back on the road and he looks at me and says tongue firmly planted in cheek, “They won’t let me leave” Charlie my friend, you have left us way too soon and as a fan I thank you for nearly 60 years of amazing music and as someone who was honored to have been allowed into your world, thank you for showing me that you can be massively successful and still be down to earth. To your wife Shirley, your children & Grandchildren I wish you love and strength this difficult time.

Since 1992, Reelin’ In The Years Productions has been recognized as a world leader in footage licensing. The archive houses over 30,000 hours of music footage spanning 90 years and 10,000 hours of in-depth interviews with the 20th century’s icons of Film and Television, Politics, Comedy, Literature, Art, Science, Fashion and Sports, filmed between 1962-2012. The interviews are primarily from the archives of Sir David Frost, The Merv Griffin Show, Rona Barrett and Brian Linehan’s City Lights from Canada.

Whether you’re looking for music footage from The Beatles to Beyoncé, entertainers from Bette Davis to George – – Clooney, or history makers from Dr. Martin Luther King to President Bill Clinton, we are your one-stop shop.

©2021 Reelin’ In The Years Productions, All rights reserved.