Scythians – Horsemen of the Siberian Steppes from the Werner Forman Archive 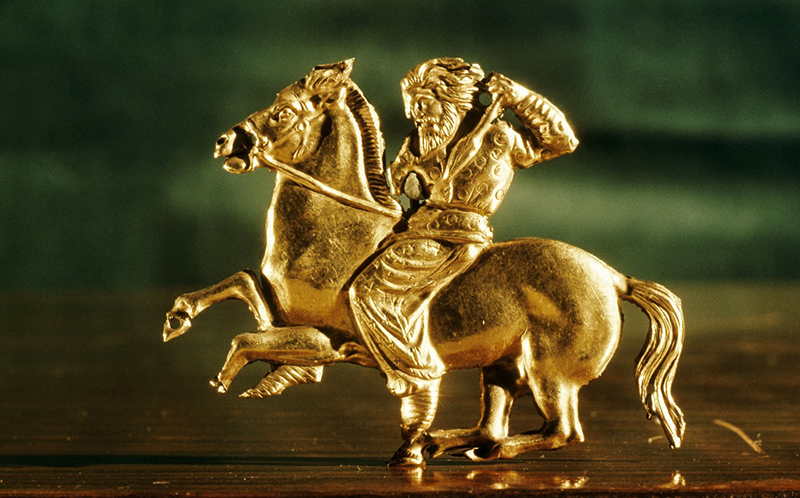 The Scythians were an ancient nomadic tribe who ruled an area from the Caucuses to Western China. They did this with horse warfare – the first to do so. The British Museum is opening an exhibition about them on 14 September. Werner Forman Archive has a treasury of material about these mysterious people.

Scythians kept herds of horses, cattle and sheep, lived in tent-covered waggons, and fought with bows and arrows on horseback. They developed a rich culture characterised by opulent tombs, fine metalwork, and a brilliant art style. Starting around the eighth century BCE, the Scythians founded a rich, powerful empire centred on what is now Crimea and extending over large parts of Siberia. The empire survived for several centuries before slowly disintegrating by the second century CE.

Mikhail Artamonov says, in the introduction to his book about the Scythians, “The nomadic way of life is one of extreme complexity and hardship. The herds on which the tribe’s survival depends are in constant need of pasture, water and protection, all of which have to be ensured, regardless of climatic vagaries and disasters.” The nomads had few possessions, but those they chose were treasured, and often buried with them as grave goods.

A warlike people, the Scythians were particularly known for their equestrian skills, and their early use of powerful composite bows shot from horseback. With high mobility, the Scythians could absorb the attacks of more cumbersome foot soldiers and cavalry, then retreat into the steppes. Such tactics ground down their enemies, making them easier to defeat.

Themis Halvantzi, Art Consultant at Werner Forman Archive, says, “Werner Forman was invited to photograph the Scythian artefacts in the Hermitage Museum collection in 1968 – one of the first photographers to be allowed access to the burial objects from the Scythian tombs. He collaborated closely with Mikhail Artamonov, the Russian archaeologist widely recognised as the founding father of modern Khazar studies. Forman’s colour and black and white pictures were published in Treasures from Scythian Tombs, an evocative and informative book on the nomads that roamed the vast Siberian steppes.”

They were also a cultured people, with extraordinary metalwork and jewellery, and ornamented, but practical clothing. So these fascinating people are ripe for a new museum exhibition. Because their culture was oral, we have to engage in a detective task to separate myth from reality and understand how their society worked. The British Museum exhibition draws on the latest research, and DNA evidence, to tell us more about these fierce but fascinating people.

The BP exhibition Scythians: warriors of ancient Siberia is on at the British Museum from 14th September 2017 to 14th January 2018.

These images of treasures in the Werner Forman Archive come from the Hermitage Museum in St Petersburg, and show some of the extraordinary and iconic pieces found mainly in Scythian burial mounds all over Russia. 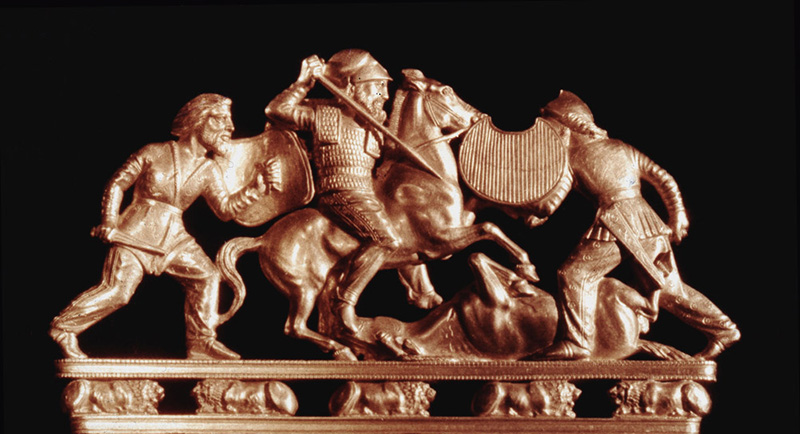 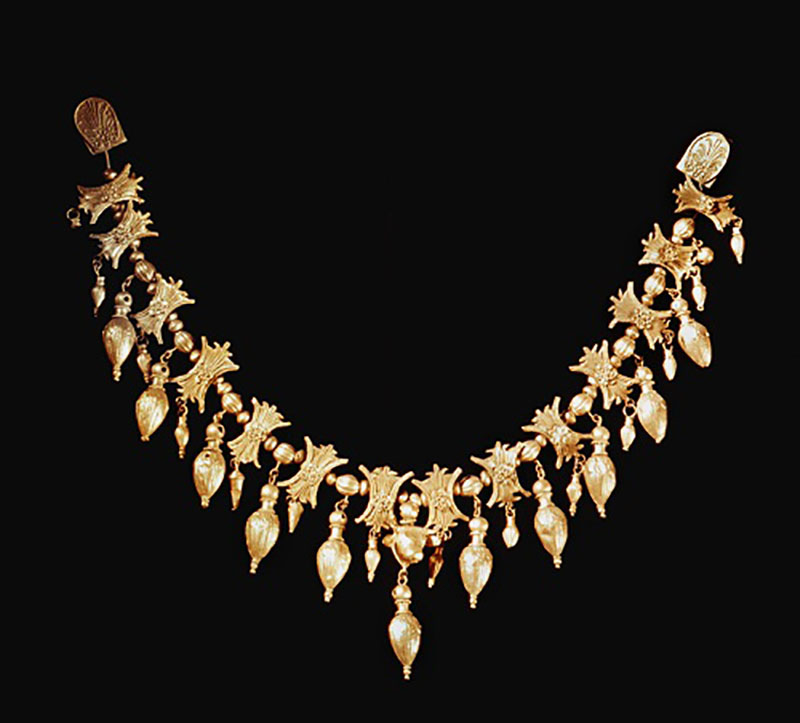