#ShowUs grant of $10,000 open to women, female-identifying and non-binary voices in commercial film and photography 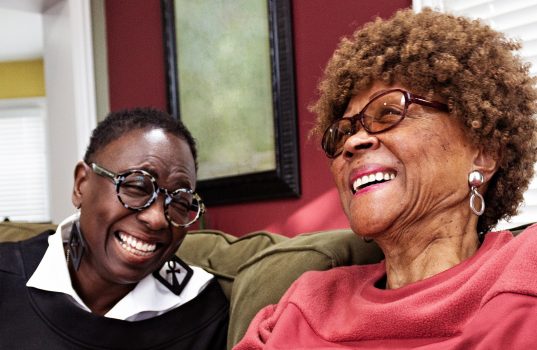 Getty Images, in partnership with Dove and Girlgaze launches latest #ShowUs Grant to provide financial support and mentorship to photographers and videographers who are committed to authentically representing women, female-identifying and non-binary individuals

Getty Images, a world leader in visual communications, in partnership with Dove and Girlgaze, has today announced the launch of the latest #ShowUs Grant.

Designed to support emerging talent, the #ShowUs Grant will award two grants of US$5,000 to women, female-identifying and non-binary commercial photographers and videographers from around the world who are using their talents to create inclusive visual stories depicting authentic representations of women relationships.

Open for applications from today, the two $5,000 grants will be awarded to emerging commercial photographers or videographers who submit against the brief of creating inclusive visual stories on the theme ‘Women Relationships’.

The successful recipients will also be invited to license their award-winning content through GettyImages.com and iStock.com at a 100% royalty rate for content created within their proposed project. In addition to financial remuneration, recipients will also receive mentoring support and guidance.

The grant is part of Getty Images’ ongoing commitment to promoting diversity within creative commercial content and elevating the work and the voices of women, female-identifying and non-binary photographers and videographers as championed with Project #ShowUs.

Created in partnership with Dove and Girlgaze, the Project #ShowUs collection is a global library of images created by women, female-identifying and non-binary individuals devoted to shattering beauty stereotypes around the world.

Submissions will be judged by a prestigious industry-leading panel including:

Dr Rebecca Swift, Global Head of Creative Insights at Getty Images, said: “Beyond our mission to break visual clichés, Project #ShowUs has been about giving women, female-identifying and non-binary individuals a voice to self-represent.  That mission is as urgent as ever, so we are proud to offer a new #ShowUs Grant to support emerging artists in creating inclusive visual stories which drive a more diverse and representative visual landscape.”

Firdaous El Honsali said: “Project #ShowUs has been at the forefront of inclusion, giving space for diverse voices to tell their own stories and show us their own standard of beauty. The grant is an extension of this aim and I am excited to see the stories waiting to be told.”

Ronan Mckenzie said: “The power of your story being told in your voice is monumental. No-one sees the world the way you do, or has the ability to express or translate what it is that you really want to say other than you. You are important, you are valuable, and so as is your story, so take ownership and stand strong in your expression, show us what the phrase “Women Relationships” means to you.”

Julie Ruiz said: “I believe strongly in elevating the vision and voices of the diverse and underrepresented. I look forward to diving into the unheard stories and reflections of life that are genuine, honest and breaking the negative stereotypes of the past. It’s time for us all to see ourselves reflected in the world in an authentic way. Show us your world, we want to see it.”

The winners will be selected based on their ability to execute a compelling commercial visual narrative based on still images or video. The jury will consider the calibre of the portfolio, the project’s merit and the artists’ professional ability.

The judges will also be assessing how the submitted projects authentically represent women relationships and how the projects will help to change representation in the media and advertising. Applicants are requested to conduct shoots safely and following local guidelines around social distancing.

Judges will give particular consideration to photographers and videographers who are telling local stories of women in their communities.

The Getty Images #ShowUs Grant is part of Getty Images’ wider grants program, which since its inception has donated over US$1.7 million to photographers and videographers around the world.

Applications will be accepted until Thursday 14 January 2021, at 11:59 p.m. EST. Entrants can apply online at grants.gettyimages.com/showus-grant

Picture credit: Portrait of mother and daughter talking to each other ©Dahyembi Joi / 500px / Getty Images