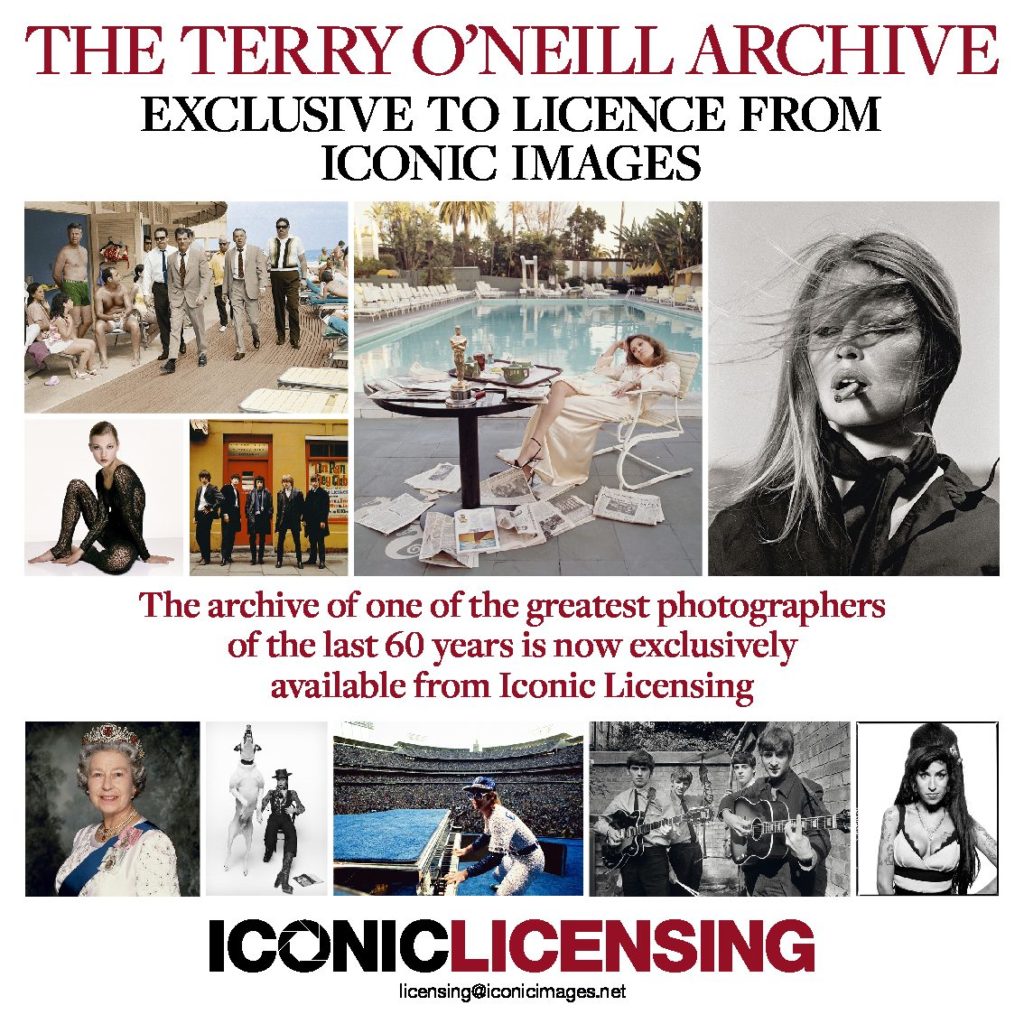 Iconic Images, one of the world’s leading photography archive owners and agents, announces that the full archive of legendary photographer Terry O’Neill will be made exclusively available through its innovative licensing platform.