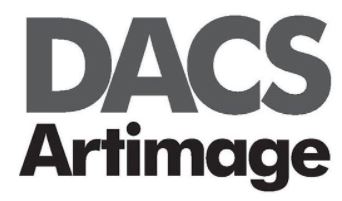 You can now license over 500 images from the archive of The Estate of Howard Hodgkin through Artimage. Artimage’s have a full range of images from different periods of Hodgkin’s long and prolific career, ready to license and use for your projects, their selection of images spans from the late 1940s to his last paintings.

Who was Howard Hodgkin?

Howard Hodgkin was a British painter and printmaker, born in London in 1932. During World War II he was evacuated to Long Island, USA. In New York’s Museum of Modern Art he encountered the work of Stuart Davis, Matisse, Vuillard and Bonnard.

As a student at Camberwell and Corsham Hodgkin did not fit in with the dominant Euston Road ethos. Afterwards he did not become a Pop artist, join the Situation Movement, the School of London or the Royal Academy. He was thirty before he had his first solo show.

What was his style or approach?

He moved from portraits of his friends to more abstracted work that he called representational pictures of emotional situations. He first visited India in 1964 and returned ‘as often as possible’. He once said that he ‘couldn’t work without it.’

Hodgkin worked on set designs for Ballet Rambert, the Royal Ballet and the Mark Morris Dance Group. He designed a stamp for the Royal Mail and textiles for Designers Guild, as well as posters/prints for the Olympic Games, 2012 – 2016. His mural in black stone and white marble fronts the façade of the British Council Headquarters in New Delhi, opened in 1992.

You can read more about this and view some of Howard Hodgkin’s works here.