Getty Images and Meredith Corporation announce the addition of 75,000 images from The LIFE Picture Collection to GettyImages.com and commit to adding nearly 400,000 Images over next five years 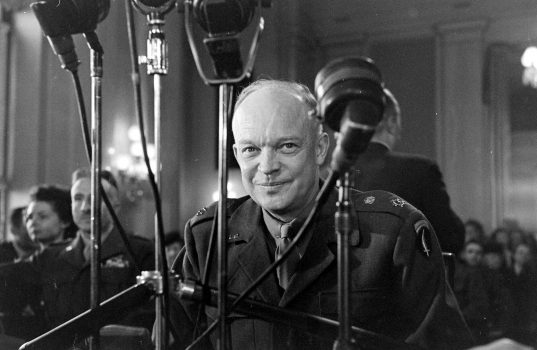 Getty Images, a world leader in visual communications, has added 75,000 archival images from Meredith Corporation’s LIFE Picture Collection, an iconic visual chronicle of the 20th Century, to its digital offerings as part of its renewed partnership.

This initial wave of rarely seen imagery is part of a broader commitment on the part of Meredith and Getty Images to add at least 75,000 images annually to the collection for the next five years.

“We’re thrilled to make more of this incredible historic content available to our customers,” said Bob Ahern, Director of Archive Photography, Getty Images. “This imagery—with more to come in the next several years—combined with our extensive archival content, ensures that we can give them unprecedented access to historical imagery and ultimately help them better tell their stories.”

Getty Images and the LIFE Picture Collection have been partners since 2003. During this time, nearly one million photos have been added to Getty Images.

Among the 75,000 images are rarely seen photos of President Franklin D. Roosevelt standing and civil rights protests at the 1964 World’s Fair. Special attention was also given to photos about WWII, such as the first Nazi concentration camp to be liberated by American troops, as well as the exploration of the NASA space program, politics, science, fashion and social movement themes for which LIFE is known. Other rarely seen images of 20th century icons portray Muhammad Ali, Jane Fonda, Alfred Hitchcock, Grace Kelly, Marlene Dietrich, Neil Armstrong and Dwight Eisenhower, among others.

These photos as well as the nearly one million pictures which were previously added to Getty Images are exclusively available for editorial licensing via GettyImages.com.

Getty Images is one of the most trusted and esteemed sources of visual content in the world, with over 375 million assets including photos, videos, and music, available through its industry-leading sites www.gettyimages.com and www.istock.com. The Getty Images website serves creative, business and media customers in nearly every country in the world and is the first-place people turn to discover, purchase and share powerful visual content from the world’s best photographers and videographers. Getty Images works with over 310,000 contributors and hundreds of image partners to provide comprehensive coverage of more than 160,000 news, sport and entertainment events each year, impactful creative imagery to communicate any commercial concept and the world’s deepest digital archive of historic photography.

Visit Getty Images at www.gettyimages.com to learn more about how the company is advancing the unique role of still and moving imagery in communication and business, enabling creative ideas to come to life. For company news and announcements, visit our Press Room, and for the stories and inspiration behind our content, visit gettyimages.creativeinsights.com.

About The LIFE Picture Collection

The LIFE Picture Collection is the visual chronicle of the 20th century and the most prestigious private photographic archive in the U.S. From 1936 to 2000, LIFE commissioned more than 10 million photographs across 120,000 stories. At its height, LIFE magazine’s incomparable images and essays reached 1 of 3 American readers. The original pictures and articles remain in Meredith’s LIFE Picture Collection, an unprecedented cultural asset with millions of untold stories and unseen images. The LIFE Picture Collection offers research, gallery, licensing and merchandising opportunities.