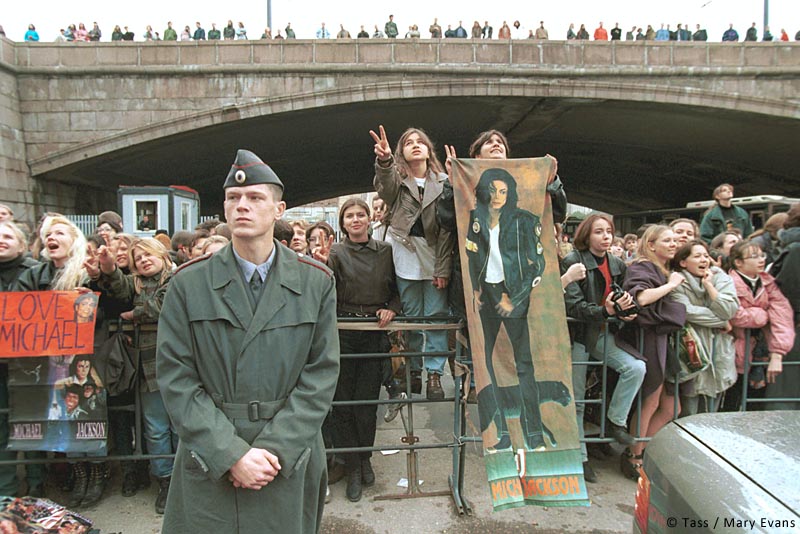 The Russian TASS Photo Agency has a distinguished history. It began in 1926 when the Russian Telegraph Agency opened a small stereotype office to provide a photo service for national press outlets. Over time, it grew into one of the world’s leading photo news agencies covering political, social and cultural issues.

Over 60,000 images from the TASS Photo Archive are now available through Mary Evans, from World War Two to the end of the 20th century. There are many photographic highlights amongst the collection, including the Coe/Ovett 1500m battle in the 1980 Moscow Olympics; the visit of Yuri Gagarin, the first man in space, to Cuba in 1961; and even Michael Jackson’s Moscow concert in 1996.

Of particular note are the prize-winning photographs taken by Valery Zufarov of the Chernobyl Power Station’s Unit 4 after the 1986 nuclear disaster as well as other images of abandoned villages and radiation monitoring. Boris Yeltsin’s visit to Britain in 1994 is covered as are events in Afghanistan, Chechnya, Vietnam and Korea. It’s a spellbinding dive into Russian 20th century history.

We hope you enjoy this edit of 300 images.