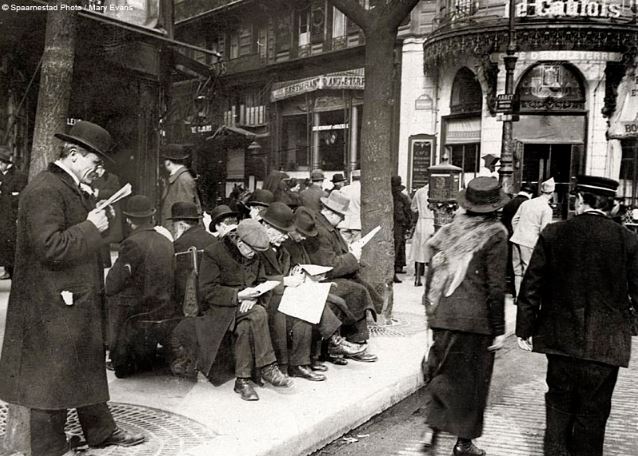 Spaarnestad Photo, founded in 1985, is an independent institution in the Netherlands, a photo collection of 13 million images documenting the 20th century. The archive grew from the original collection of De Spaarnestad, a publishing and printing company founded in 1906. Unsurprisingly, many of the photographs show life in the Netherlands but there are also images from Britain, the US, Germany, Sweden, France and elsewhere.

This compact selection makes for a handy introduction to a broad, interesting and consistently good quality photo archive. Look out for some terrific stunt photos, including a shot of a man suspended from a zeppelin airship as it flies low over a speeding steam train. Several of Henk Blansjaar’s bizarre 1960s football team photos are also included.

Don’t forget we’re just an email or call away if you need a search, a quote or an answer to a question. Please do get in touch at pictures@maryevans.com or on 020 8318 0034.