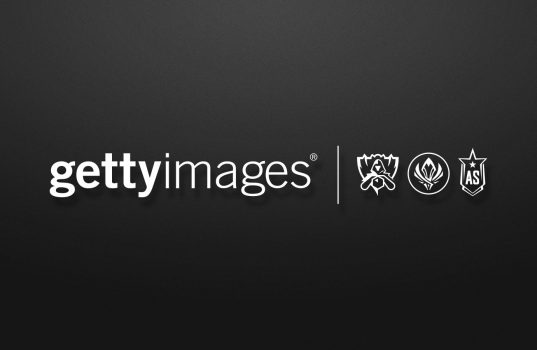 Getty Images, a world leader in visual communications, and Riot Games, the developer and publisher of League of Legends, today have announced a multi-year agreement that sees Getty Images become the official photo image and distribution partner for League of Legends Global Esports Events: The World Championship, Mid-Season Invitational, and All-Star Event.

Getty Images will manage editorial photo and licensing requests for League of Legends Global Esports events through 2024, working closely with Riot Games to capture the spirit of League of Legends esports, including the competition, behind-the-scenes moments, and passionate fandom fueling the sport. The partnership will begin at the 2020 World Championship in China this fall.

In addition to coverage of future global events, thousands of images from the past decade of League of Legends global esports tournaments, such as the first World Championship (Worlds) in 2011, the sold-out Madison Square Garden from Worlds 2016, and the packed Beijing National Stadium from Worlds 2017, also will be made available for license as part of the League of Legends Global Esports Collection.

Photographs from last year’s World Championship Final, which garnered a record-breaking average minute audience (AMA) of 21.8 million, already are available for license in the collection by Getty Images.

“We are entering the second decade of League of Legends Esports, and partnerships with other industry leaders help to further the growth and amplification of our sport and the biggest events in our season,” said Naz Aletaha, Riot Games Esports Head of Global Partnerships.

“Getty Images has been the premier source of sports photography for more than 25 years, and we are thrilled to have League of Legends Esports images discoverable in their library alongside the best in sports, music, and entertainment.”

“We are proud to partner with League of Legends Esports in an effort to bring their quality content to an even wider global audience,” said Carmin Romanelli, Getty Images Global Vice President of Sports Business Development.

“As the esports landscape experiences rapid growth Getty Images is uniquely positioned to partner with video game publishers and esports leagues to leverage our expertise in the creation, distribution and management of industry-leading visual content for media, governing bodies, and the vital ecosystem of commercial partners and licensees that support them.”

Visual Content from Riot Games League of Legends events can be found here.