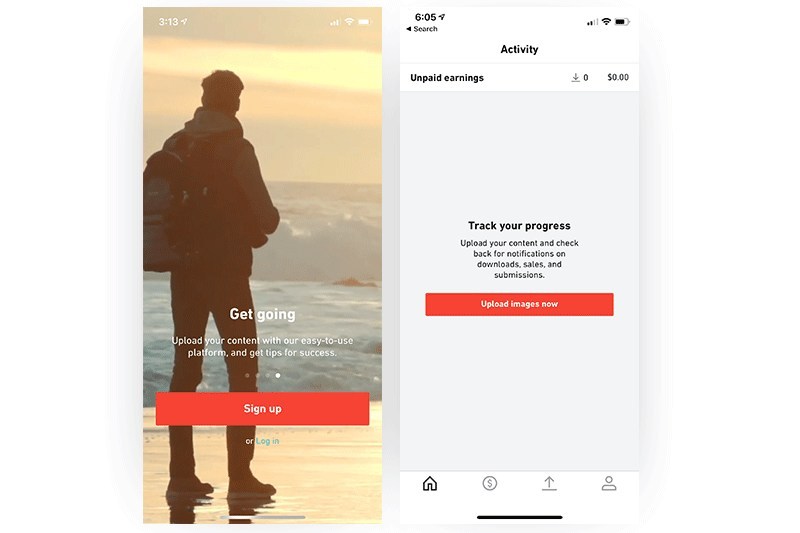 “Our growing base of over 650,000 contributors around the world upload nearly half a million assets from the Shutterstock Contributor app every month,” said Jon Oringer, Founder and CEO of Shutterstock. “We’re thrilled to enhance the in-app experience for today’s generation of highly-visual, mobile-first users. Now iOS and Android users can sign-up to become a contributor straight from the app and start making money from their mobile imagery instantly.”

After seeing accelerated growth in existing Shutterstock photographers and videographers using both the iOS and Android contributor apps, the demand for in-app registration became apparent. With this update, photographers and videographers around the world can now start earning money for their work using the Shutterstock Contributor app. The advances in mobile camera technology have paved the way for DSLR quality mobile imagery meeting the quality standards for licensing on Shutterstock. Contributors using the Shutterstock app receive instant push notifications about what images customers are looking for in their specific region and have the ability to see sales and commissions as they happen, as well as image approval activity.

Upon completion of in-app sign-up, contributors can instantly start to upload their content directly into the Shutterstock marketplace. Uploading through the app is a nearly effortless way to start earning money on the countless images in your camera library.

Shutterstock has also updated its customer app, which enables easy browsing of similar images, one of Shutterstock’s most popular search features helping customers to quickly find the image they are looking for.

Shutterstock, Inc. (NYSE: SSTK), directly and through its group subsidiaries, is a leading global provider of high-quality licensed photographs, vectors, illustrations, videos and music to businesses, marketing agencies and media organizations around the world. Working with its growing community of over 650,000 contributors, Shutterstock adds hundreds of thousands of images each week, and currently has more than 250 million images and more than 13 million video clips available.

Shutterstock has offices around the world and customers in more than 150 countries. The company’s brands also include Bigstock, a value-oriented stock media offering; Shutterstock Custom, a custom content creation platform; Offset, a high-end image collection; PremiumBeat a curated royalty-free music library; and Rex Features, a premier source of editorial images for the world’s media.