TopFoto: listen to the image 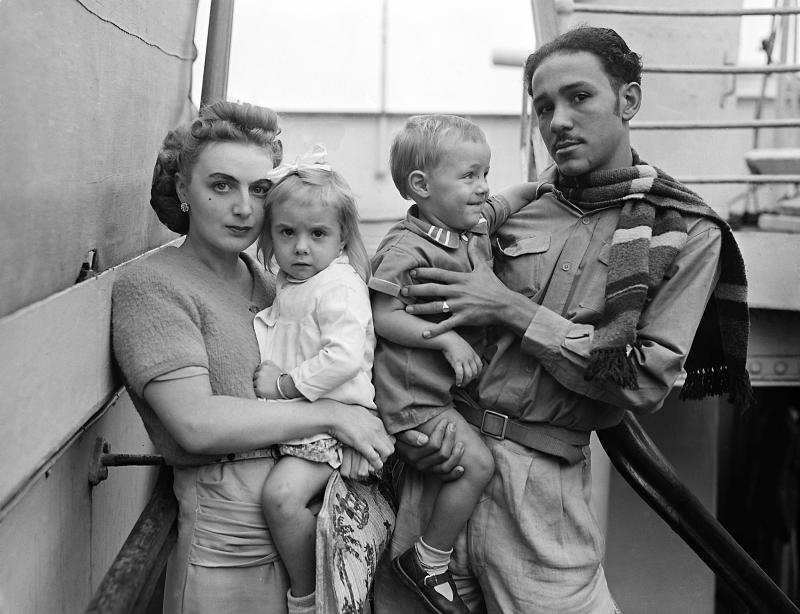 Photography meets poetry meets music. The new work produced by TopFoto and Writer-in-(remote)-Residence Rommi Smith, is out and available now to watch, share, download: “I was blown away by them”, Caroline Hotblack, award-winning picture researcher

Three of the seven key photographs and poems are explored in short video form:

All the works can be enjoyed on soundcloud.com/topfotoarchive.

With a passionate interest in the archive’s photos documenting Black British life across the last two centuries, Rommi took a short selection of TopFoto’s historic photos as muse for seven original poems. The poems (which include poem-monologues, sonnets, ghazals and redactions of original archival texts), fuse research facts with fiction in response to the absences in the archive. These texts are set to music by musician, composer, arranger and producer Christella Litras. The resultant works are performed by Rommi Smith, Christella Litras and the actor Lladel Bryant, with a contribution from Clinton Cameron, part of what is termed ‘the Windrush generation.’

Flora Smith, Managing Partner of TopFoto said, “This has been an exciting journey of months of research, discoveries, eureka moments and very moving story telling.  Some of the work has been intensely personal but the themes are universal. It’s a wonderful way for the wider public to engage with our archive, and it was sobering to upload the files this morning and then hear the important Penguin report that “only 1% of GCSE English Lit students study writers of colour, and only 7% study writing by women”.  I believe image archives such as ours have a major role to play in addressing this issue, as do publishers, and it is our goal to continue to collaborate and make lasting progress”.

Rommi’s short residency and this project was made possible via the National Lottery Heritage Fund grant, awarded to TopFoto from the Cultural Recovery Fund.

“Incredible trio of videos by Rommi Smith! I was blown away by them.  What a wonderful choice for your first artist-in-residence. The music is fabulous too.”
Caroline Hotblack, award-winning picture researcher

Picture credit: 1460585: Mr and Mrs Zayne, seen on their arrival at Tilbury on board Empire Windrush with little Fay, aged three, and David, aged two years. Mrs Zayne’s maiden name was Blaine, and she lived at Blackpool before leaving for Jamaica with her husband about 18 months ago. 22 June 1948 ©TopFoto