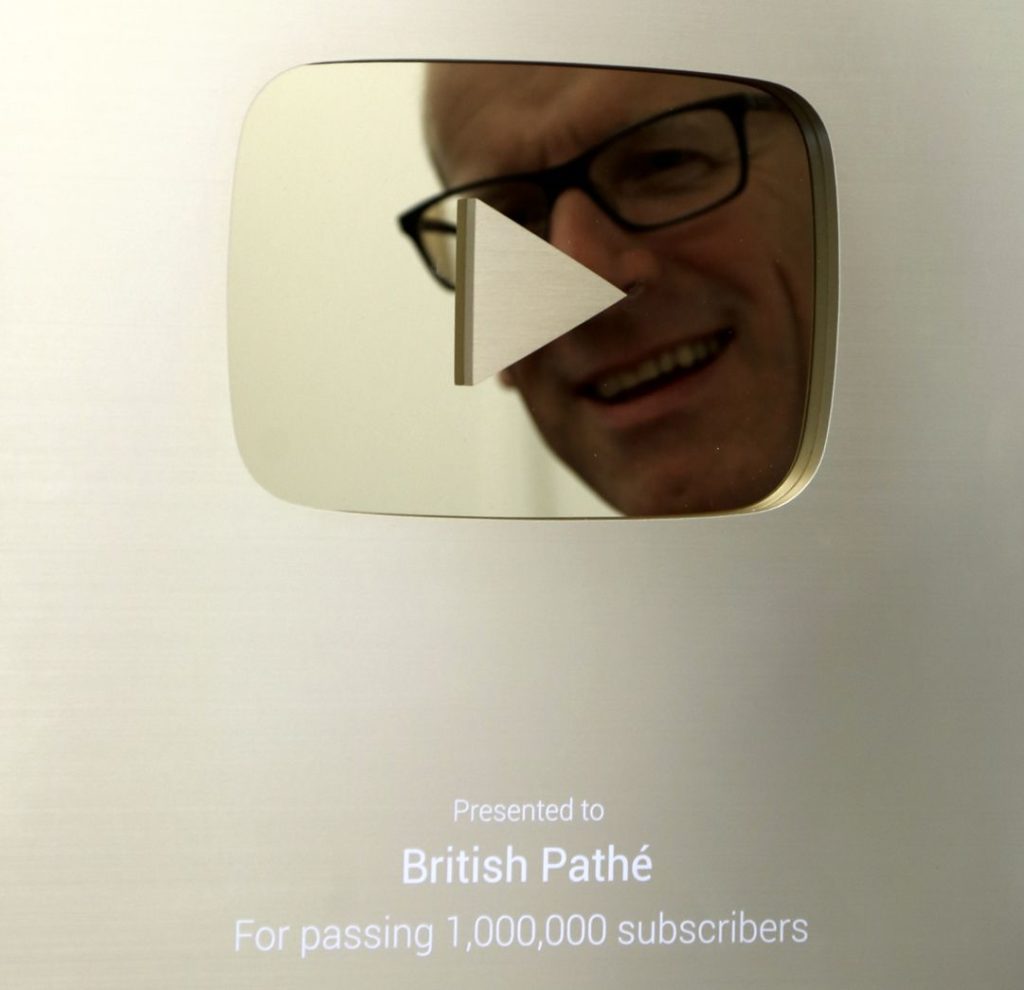 The number of subscribers to the British Pathé YouTube channel has now surpassed 1 million.

In recognition of this landmark achievement, YouTube has presented British Pathé with a prestigious Gold Creator Award.

Alastair White, the CEO of British Pathé said, “British Pathé is one of the oldest media companies in the world, but we have proved that age is no barrier to success in the digital era by achieving 1 million subscribers.

We’re now averaging 800,000 video streams every single day on YouTube and it is wonderful that YouTube itself has recognised this success and presented us with this award.”

British Pathé released its entire historical newsreel archive of 82,000 films on YouTube in 2014.

Making headlines at the time, it was the largest single upload in the platform’s history and even featured as a segment on Have I Got News for You.

But, for Alastair, the real prize has been the enthusiasm shown by the general public: “We’re delighted that so many people have shown such an interest in this historical resource. It’s a treasure trove of twentieth century life and culture and it is brilliant that new generations are discovering it online.”

Some additional facts about British Pathé’s YouTube channel for your stories: