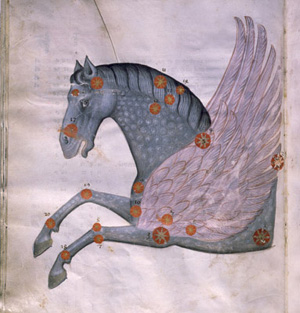 Werner Forman Archive is a major treasury of images of ancient art, antiquities, culture and landscapes.

Animals play a major part in mythology because they are believed to possess a close kinship with humans. People have used images of animals in art since the first cave-paintings. It is thought that these were “sympathetic magic” – aiding the hunters in their quest for food or perhaps god-like spirits looking over the people. Animals are often invested with equal status to humans and can be seen as of both good and evil, helpers and obstacles.

For our modern minds animals are just that, but to the ancient cultures around the world they were an indispensable part of their cosmic beliefs and contributed to the ancients’ comprehension of the world. Animals in mythology come with a wide variety of guises and roles. Many of these animals are not “realistic” – obviously we know what to expect from a commonplace animal like a horse or jackal, or a humble toad – all these play their part in mythology but of course winged horses, Minotaurs, or jackal-headed gods, such as Anubis from ancient Egypt, are not real. They do however symbolise important concepts for their society. Strength, power, wisdom.

Animals often have a dualistic quality in mythology. They can be helpful to humans or harmful—sometimes both. They provide people with food, but at the same time, they can be dangerous. As sources and symbols, animals represent the mystery and power of the natural world, which can create or destroy.

Sir Kenneth Clark, in his book Animals in Art makes a salient point, “There was another reason why animals were held sacred. Their inability to speak made them mysterious.”

One of the most mysterious mythical animals was the fearsome Minotaur, a half-man, half-bull. The Minotaur was kept in the Labyrinth of Crete, feeding on human flesh until resourceful hero Theseus, killed the beast and escaped using thread to find his way out. The contest between Theseus and the Minotaur was frequently represented in Greek art and it is possible that the Minotaur is a “folklore” version of a real priest wearing a bull’s head while making human sacrifices.

A mythical animal that can be found in several traditions is the sphinx, a being which had the body of a lion and the head of a woman. It can be found in ancient Egypt where it held pride of place at the site of the Great Pyramid of Giza; in Greek tradition where it symbolised treason and mercilessness. The riddle of the sphinx was the description of the travel of the humans through life. In South India the sphinx is known as the “human-beast” and their depictions are continued today.

Griffins adorn this armlet – mythological creatures were high status and people liked to have them on their jewellery – perhaps as a protective charm rather than for merely vanity.

Pegasus the magical winged horse, born out of Medusa’s blood, came to give his name to 23 stars in the northern constellation. This beautiful illustration of the constellation is Islamic in origin, but is a copy of the original manuscript made in Prague during the 15th Century. All these images were photographed by Werner Forman during his global travels as a photographer.

A user of the archive says, “What an enormous task is the documentation of Werner Forman’s photographs. It has become a really important document of the world’s culture” Herman van der Made, Collector, the Netherlands.