Echoes of the Aztecs in the Werner Forman Archive 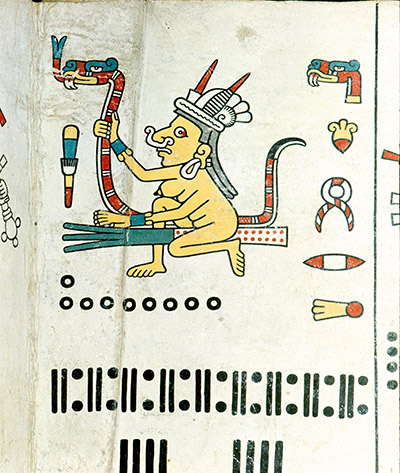 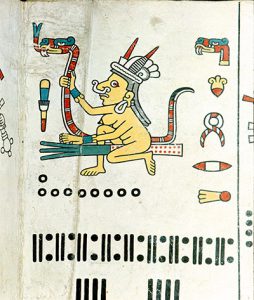 The Aztecs were one of the great civilisations of the past. Their empire was centred around Mexico, reaching its height in the early 1500s, just before it was overrun by the Conquistadores under Hernando Cortés allied with some of its local enemies. Its capital was Tenochtitlan, the site of modern Mexico City.

Photographer Werner Forman contributed all the images to The Aztecs – Echoes of the Ancient World series, part of an omnibus series of books celebrating and trying to understand the potency of past civilisations.

During the great years before the arrival of Europeans the central American Aztec Empire straddled both Atlantic and Pacific Oceans and received tribute and trade from many nearby peoples. Although warlike, rather than overt conquest, the Aztec civilisation was a federation of alliances between the core and subsidiary states.

This Aztec culture was the centre of a flowering of art, literature and architecture. Gold was freely available from the gold mining areas – as well as other precious items and luxury goods from trade.

Although unfortunately the Spanish destroyed a lot of the written records, so much knowledge of the era is missing, modern archaeologists have been able to piece together a lot of information about this extinct civilisation. By practicing advanced agriculture – raised plant beds were “floated” on the shallow lake waters around the capital city, up to seven crops per year could be harvested, producing enough surplus for a huge population in Tenochtitlan and its outlying townships – of between 300 and 700 thousand.

The survival of colossal works of architecture like the Pyramid of the Sun, are a reminder of the glory of the Aztec civic centres. Maize was the staple food and they also cultivated avocados, beans, squashes, sweet potatoes, tomatoes, chia, amaranth and chilies. Cacao beans and rubber trees were also grown in lowland areas. Drinking chocolate was a magical, or even divine, beverage, suitable for use in the most sacred rituals of birth, marriage and death. We get our word chocolate from the Aztec Nahuatl language word “xocoatl”.

Sports using rubber balls were popular. Central to the social and religious observance of the time was the Ball Game. Played in a distinctive court, it was a very fast-paced game with excited fans, gambling, and religious significance. Sometimes it is surmised the players would be ritually sacrificed after the game.

The Aztecs practiced human sacrifice, linking agricultural fertility with the spilling of the victims’ blood and trying to appease the powerful, ever-present gods. For the Conquistadores this was seen as the expression of “heathen beliefs”, a bloody-thirsty ritual that had to be stamped-out at all costs, its memory erased from written records. The clash of these two belief-systems and the superiority of the Conquistador weapons, along with their diseases that the local people had no resistance to, led to the destruction of the mighty Aztec empire.

Werner Forman Archive has hundreds of images of this lost civilisation, from pictures of magnificent architecture to more domestic items like plates and home idols.

Barbara Heller says: “The Werner Forman Archive collection of Aztec images is a great source both for the professional researcher and the amateur enthusiast.”

“Your website is excellent – full of treasures and easy to use“, Sue Unstead, Author.