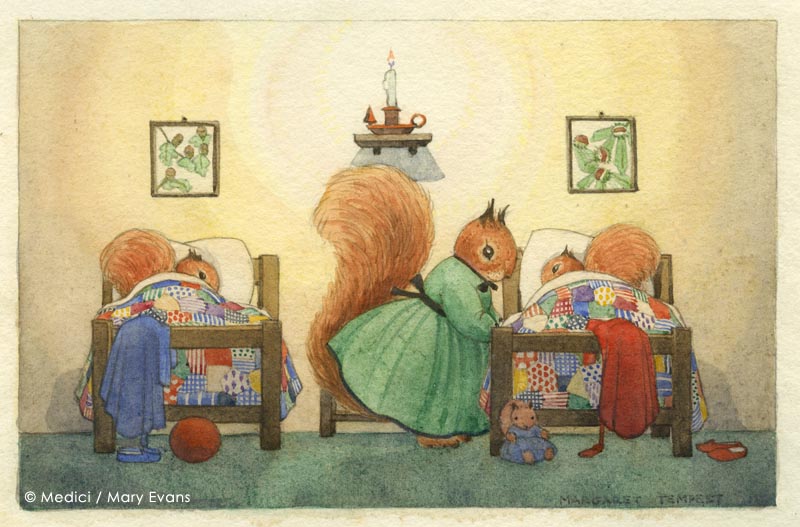 Margaret Tempest was born in Ipswich, Suffolk, in 1892 and attended Ipswich Art School and the Westminster School of Art in London graduating on the eve of the First World War. She co-founded the Chelsea Illustrators Club, a talented group from the School of Art who between 1919 and 1939 were commercially successful, putting on annual exhibitions and producing saleable material including Christmas cards.

In 1929 Heinemann offered Margaret the job of illustrating the first Little Grey Rabbit story by Alison Uttley, a collaboration which continued until the 1960s despite the antipathy between author and illustrator. Her detailed style drew on the work of some of the artists she had admired from an early age, such as Kate Greenaway. She also wrote and illustrated children’s books of her own featuring animal characters, and illustrated a number of books with a Christian theme such as Little Lamb of Bethlehem.

Our collection of Margaret Tempest images comes courtesy of The Medici Society and includes both her whimsical clothed animals and religious scenes.