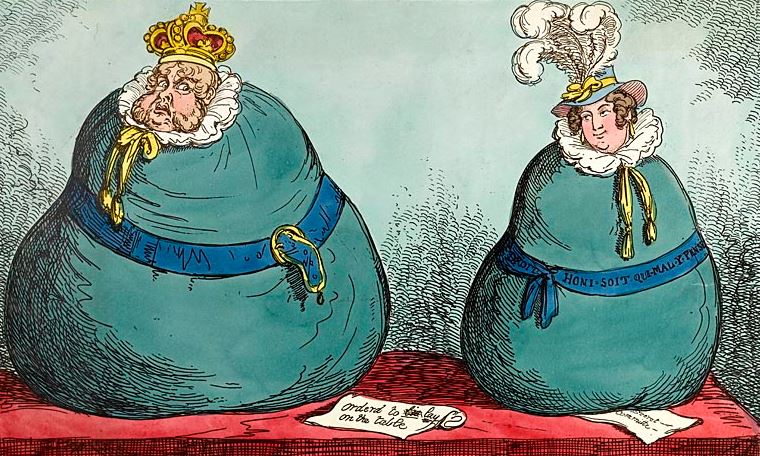 Mary Evans Picture Library have compiled a Collections Crossover, that takes a witty look at disreputable deeds and rumours of wrongdoing in British political scandals of the past couple of centuries.

The Collections Crossover begins with Frederick, Duke of York (second son of King George III and Commander-in-Chief of the army) and his mistress Mary Anne Clarke, who in 1809 caused a national scandal when she testified before the House of Commons that she had sold army commissions with the Duke’s knowledge. The case inspired a great deal of mockery and caricature, and Frederick was forced to resign, even though he was eventually exonerated.

The collections of the Reform Club, Grosvenor Prints, Castle Howard and Historic Royal Palaces all hold cartoons on this and further scandals. Even more illuminating images on other scandalous affairs can be found in the Illustrated London News archive, John Frost Newspapers, the National Army Museum, Marx Memorial Library, Everett and Keystone USA archive.

You can read more on Mary Evans scandalous edition of Collections Crossover here.